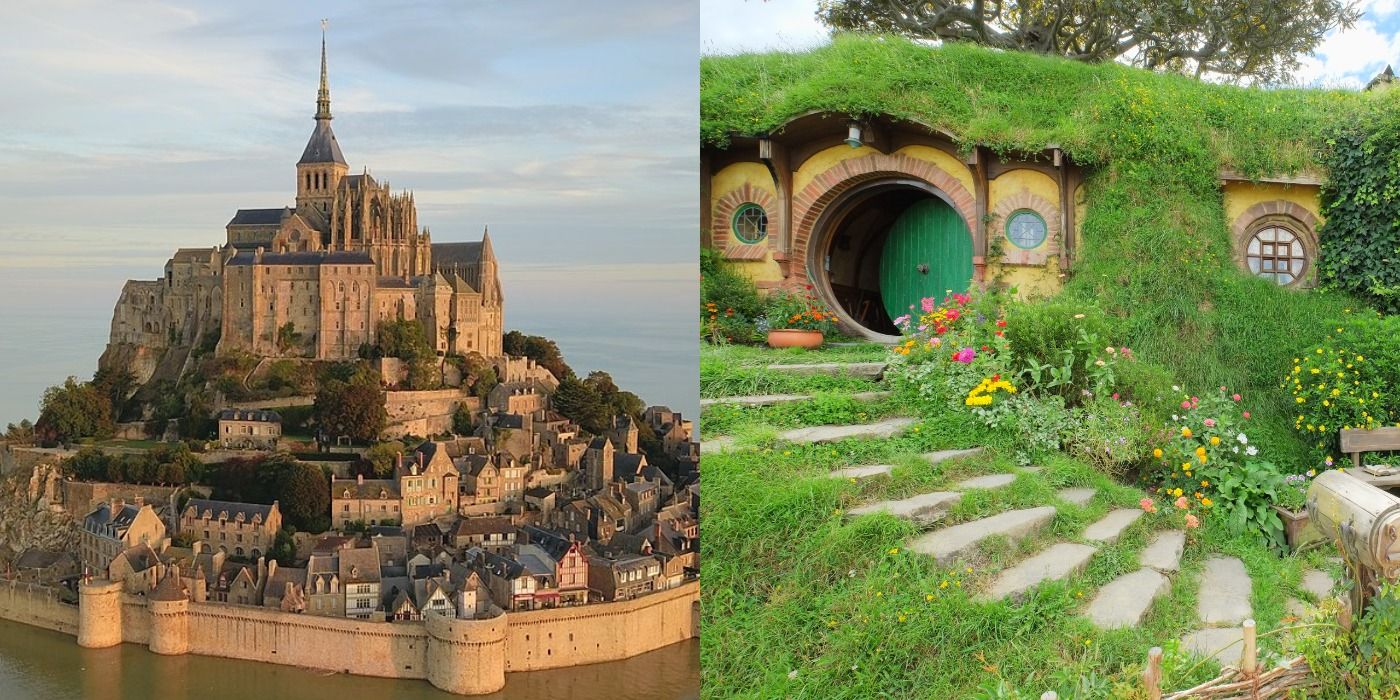 RELATED: Fellowship of the Ring 20th Anniversary – 10 Things About Frodo Fans Are Still Angry About

The popularity of The Lord of the Rings has even given rise to a phenomenon known as ‘Tolkien’s tourism’, in which fans travel to distant places related to both the films and the author of the books, JRR Tolkien. From the various New Zealand filming locations to the historic locations that inspired Tolkien’s Middle-earth, there are a number of real-world locations where fans can feel like part of the the Lord of the Rings world.

Located about 2 hours south of New Zealand’s largest city, Auckland, the Hobbiton Movie Set is the best-preserved of all The Lord of the Rings filming locations. This is mainly due to the fact that the owners of the land, the Alexander family, invested much of their own money to turn the complex into something of an open-air ethnographic county museum.

A visit to the Hobbiton Movie Set includes an in-depth two-hour guided tour that brings the sights, sounds and smells of Hobbiton to life. After the tour, visitors are treated to a hearty ale and a second breakfast in a full-size replica of the Green Dragon Inn. Advance reservations are recommended as the Hobbiton Movie Set is a popular day trip from Auckland.

JRR Tolkien grew up in the West Midlands, on the border between England and Wales, knowing both its heavily industrialized urban centers and its peaceful rural countryside. These contrasting scenes from his youth inspired much of Tolkien’s vision for Middle-earth.

Visitors to the West Midlands can follow a ‘Tolkien Trail’ through the region where he grew up, including the tiny hamlet of Sarehole which inspired Hobbiton and the Shire, the Malvern Hills which inspired the White Mountains between Rohan and Gondor, and the Black Country. , the historic cradle of the Industrial Revolution, which inspired the dark and eerie landscapes of Mordor.

A UNESCO World Heritage Site, the incredibly rugged landscape of Tongariro National Park has replaced Mordor, the dark realm of evil Sauron, in Peter Jackson’s The Lord of the Rings trilogy.

For example, Mount Ngauruhoe, a veritable active volcano in the heart of the park, portrayed Mount Doom in the movies, and fans can even climb the volcano by taking the Tongariro Alpine Trail. Just walking through the otherworldly volcanic landscape of Tongariro National Park, it can feel like Frodo and Sam are crossing Mordor and heading towards Mount Doom.

Real inspiration from Rivendell, the magical refuge of the elven house of Elrond, Tolkien had visited the Lauterbrunnen valley and much of Switzerland while on vacation in his youth, and the experience had a profound impact on his subsequent writing.

RELATED: 10 Behind The Scenes Facts For The Fellowship Of The Ring

Tolkien and his group of 12, later inspiring the Fellowship of the Ring, took an epic journey through Switzerland, through the Lauterbrunnen Valley, to the mountain top village of Mürren, through the eternal snows of the Bernese Alps and along the Aletsch. Glacier. This same route can still be done today, which has greatly improved 21st century hiking infrastructure like elevators and wider trails, making the trek much more accessible even for the occasional hiker.

Straight out of Middle-earth, Cheddar Gorge is a jagged limestone canyon that winds through the green hills of South West England. Dotted with several ancient caves that served as a refuge for the prehistoric peoples of the region, the Cheddar Gorge has an air of mystery and adventure that is also characteristic of Tolkien’s writing.

Tolkien explored much of the Cheddar Gorge on his honeymoon in 1916, just before leaving for WWI. The steep and towering stone walls of the gorge later inspired the fortress of Helm’s Deep, which saw the climactic battle of Helm’s Deep. during The Lord of the Rings: The Two Towers.

Located just north of New Zealand’s capital Wellington, Kaitoke Regional Park is covered in lush forests crisscrossed by a number of pristine waterways. It was here that Peter Jackson brought the elven city of Rivendell to life in The Lord of the Rings: The Fellowship of the Ring.

Visitors can explore this dense rainforest and walk through a life-size replica of an Elven Arch. Fans can even take a the Lord of the Rings– thematic guided tour of the park, with a stop at the various filming locations, including Elrond’s house and Les Gués d’Isen.

JRR Tolkien’s experience as an officer in the British Army during World War I had a profound impact on his later writings. Tolkien took part in the heartbreaking Somme offensive in 1916, one of the deadliest battles in history. The horrors of industrialized warfare that Tolkien witnessed inspired much of the War of the Ring fiction in The Lord of the Rings saga.

RELATED: 10 Scenes From The Lord Of The Rings Trilogy That Get Better Over Time

Fans can tour the Somme Battlefield today, and the landscape still bears the many scars of WWI in the form of overgrown trenches and huge bomb craters. Visitors can cycle the Trail of Remembrance through much of the battlefield, following the front lines and exploring the no man’s land of this fateful conflict.

JRR Tolkien was not only an accomplished high fantasy writer, but he also had a very successful academic career as a professor of Anglo-Saxon at the prestigious University of Oxford. It was during his stay at Oxford that Tolkien wrote The Hobbit. Visitors to the city of Oxford and its university can still follow in Tolkien’s footsteps and discover the places where he lived and worked in the creation of Middle-earth.

There are several guided tours one can take of Tolkien’s Oxford, with stops including his favorite pub, the colleges where he was a teacher, his home and finally the peaceful Wolvercote cemetery, where Tolkien and his wife are buried. .

Although not explicitly confirmed by Tolkien himself, many fans of the books and films have commented on the striking similarities between the fictional Gondorian town of Minas Tirith and the medieval town of Mont Saint-Michel, located on an island. tidal wave off the coast of France.

Looking at the images of the two side by side, the resemblance is clear, pale walls glistening in the sun, rising levels of buildings, and finally, a proud spire marking the top. Visitors can take a day trip to Mont Saint-Michel from Paris, or better yet, stay overnight at Mont Saint-Michel, exploring the city after all the tourists have left.

Enter the weird and wonderful world of Weta Workshop (affectionately known as Weta Cave), an innovative special effects and props company located just outside New Zealand’s capital, Wellington. Weta designed and produced much of the costumes, sets, armor, creatures and weapons for the two Peter Jackson film trilogies: The Lord of the Rings and The Hobbit.

Weta Workshop continues to produce unique props for many sci-fi and fantasy films such as Thor: Ragnarok and Alita: the angel of battle. Visitors can book a guided tour of the Weta Workshop and see many of the original props and costumes used in The Lord of the Rings movie theater. After the tour, visitors can also purchase high-quality action figures, replica props, and artwork from Weta’s in-house store.

NEXT: 20 Things You Didn’t Know About The Fellowship Of The Ring