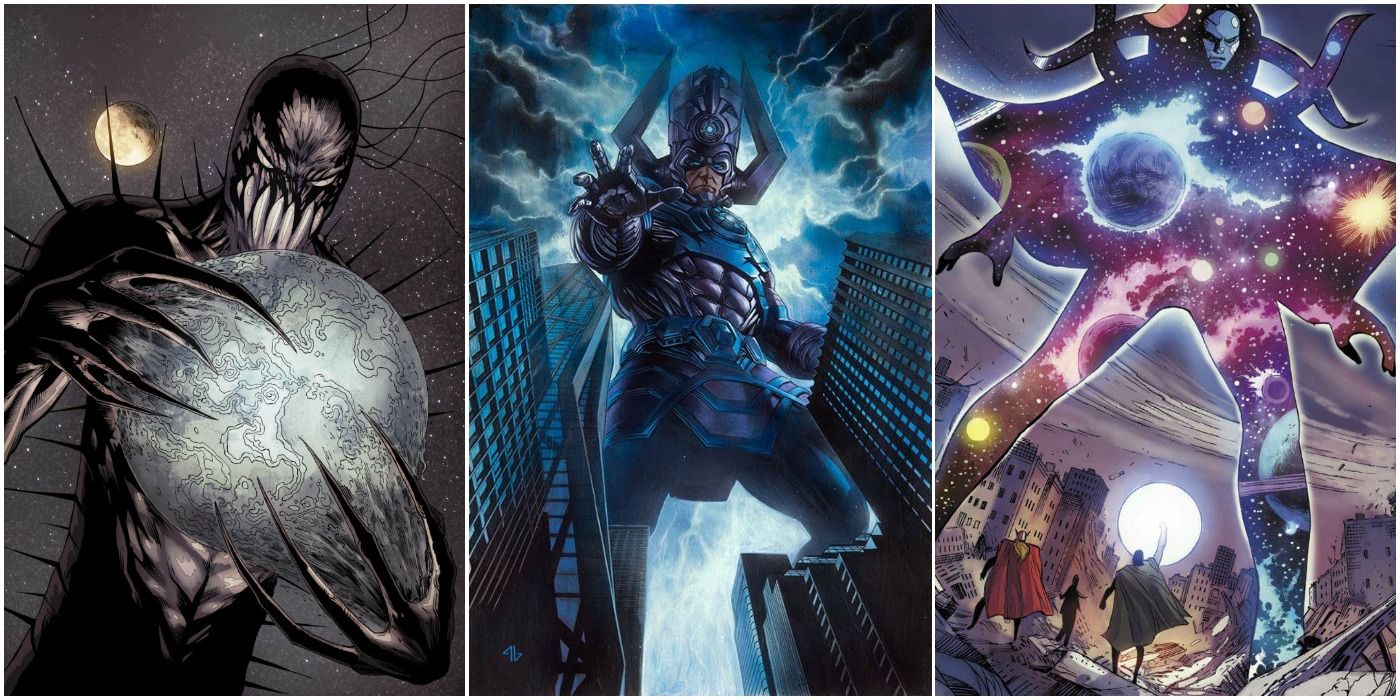 There are dozens of popular movie franchises out there, but none of them have enjoyed the same success as the Marvel Cinematic Universe. The MCU started in 2008, and when Shang-Chi and the legend of the ten rings releases in September, the franchise will have a total of 25 films. Each MCU hero and villain is based on a comic book character of the same name, and they all have unique skills, personalities, and abilities.

Over the course of 24 films, the MCU has given the world a lot of memes, but it has also featured a lot of characters. The strongest characters to appear in the MCU so far are Thanos, Thor, Hela, Hulk, and Ego the Living Planet, but there are plenty of other extremely powerful Marvel characters that still haven’t appeared in the Cinematic Universe. .

ten Magus is an evil version of Adam Warlock

Magus is a future evil version of Adam, and he possesses the same abilities. He is able to manipulate time, and he can alter reality by creating illusions. He can also use telepathy and cosmic witchcraft, which allows him to heal instantly.

9 Cyttorak is arguably the strongest user of magic

The Eye of Agamotto was one of the most powerful weapons in the MCU, and Doctor Strange used it to defeat Dormammu. The eye may have worked on Dormammu, but the same can’t be said for Cyttorak, who is basically a god when it comes to magic.

Cyttorak was worshiped on Earth until he was banished to the Crimson Cosmos, which is the dimension he now rules. He is able to lend his immense power to avatars from other dimensions, and if anyone tries to fight him at home, he will have to face his omnipotence.

8 Phoenix Force is the force of creation and destruction

There are quite a few superhero series that fans have overlooked, including several X Men series. Like the series, the films focus on the same core group of mutants, and each rendition appears to include the Phoenix Force. This entity is one of the oldest and strongest cosmic beings in the universe, and its almost limitless power gives it control over both creation and destruction.

Now that Disney has acquired the rights to the X Men franchise, it’s only a matter of time before characters start appearing in the MCU, and when that happens, the Phoenix Force will eventually appear. Her powers include cosmic teleportation, matter, and temporal manipulation, as well as the ability to create cosmic events such as solar flares and black holes.

When Disney acquired Fox, they also regained control of the The Fantastic Four franchise, which means Galactus will become a threat down the line, and if Galactus does show up, the Silver Surfer won’t be far behind. The Surfer agreed to become Galactus’ herald to save his planet, so he got the Power Cosmic.

This power gives the surfer a godlike speed, strength and senses, but he can also manipulate matter, energy and all known elements. He has the ability to travel through dimensions, change sizes, and his silvery skin makes him essentially immortal.

6 Galactus is a celestial who devours the planets

All of the main Avengers have their own unique characteristics, but it’s hard to believe they could have defeated someone like Galactus. He is arguably the oldest living being in the universe, which makes sense since he literally eats planets to support himself.

He is a massive immortal being who possesses divine-level strength, speed, and stamina, but he can also discharge explosions of electrical energy capable of destroying entire solar systems. He can resurrect the dead, create force fields, move objects with his mind, teleport, and rebuild or reshape anything on a molecular level.

5 Amatsu-Mikaboshi is the king of chaos

As a god of evil, Loki has many abilities, but he is nowhere near as formidable as the Japanese god of evil and chaos. Amatsu-Mikaboshi is a primordial being who existed before the formation of the universe, and he possesses immense physical strength, speed, durability, and healing.

In terms of actual abilities, he possesses a mystical energy that gives him the ability to fly, teleport, and manipulate matter. It can even become invisible and create explosions of force. He also has the ability to control demons and create interdimensional Nexus Points, which will now be quite prevalent thanks to the creation of the Multiverse.

4 Eternity is the personification of time

Eternity is the physical manifestation of each universe in the multiverse, and it is considered the personification of time. Now that the Multiverse is here, there’s a good chance Eternity will appear in the MCU, but the Almighty Being will likely have to be nerfed.

Eternity is more or less omnipotent, and it has the capacity to infinitely manipulate time, matter, space, magic and reality. In the comics, Eternity was able to stand up to Thanos, who was wielding a full-powered Infinity Gauntlet at the time.

3 The Living Tribunal protects the multiverse

The Living Tribunal is as old as the universe itself, and even someone like Thanos wouldn’t stand a chance against it. This cosmic entity is charged with protecting the multiverse from an imbalance of mystical forces, and it certainly has the power to do so.

It is more powerful than Eternity because it has the ability to easily erase entire realities. Even if someone harnessed the power of all the Infinity Stones, it wouldn’t mean anything to The Living Tribunal as they have the power to undo every stone.

2 Beyonder Can Cause Universal Level Destruction

Beyonder is an extremely powerful being who only discovered Earth because a tachyon beam accidentally swept him towards the planet, and he immediately became fascinated by humanity. He possesses unlimited strength, but what makes him really dangerous is his ability to manipulate matter.

In terms of overall potency, he is stronger than the Living Tribunal and virtually all other cosmic entities, as he is capable of causing damage on a multiversal scale. He has no known weaknesses, but Doctor Doom has managed to steal his powers.

1 One-Above-All is literally the god of everything

All life came from somewhere and, according to Marvel, One-Above-All brought the entire multiverse to life. This being is the supreme ruler of the multiverse, which means they are literally God. They rarely interfere in the affairs of the multiverse, but when they do, all of reality and time can effectively be undone or rewritten.

Their strength is beyond comprehension and their abilities are so powerful that they completely defy the laws of physics. Astral Regulators were created by One-Above-All, and they are more powerful than the Infinity Stones, which is why they are capable of causing damage that even this god cannot repair.

NEXT: The Most Iconic Anime Poses Of All Time, Ranked


Next
One Piece: 10 best villains, ranked

George Voutiritsas is a writer, gamer, and sports (GO RED WINGS!) And nerd culture lover. He currently lives in Montreal, Canada and writes for Valnet, Inc primarily for TheSportster, CBR and GameRant, he has also contributed for TheRichest and TheThings.