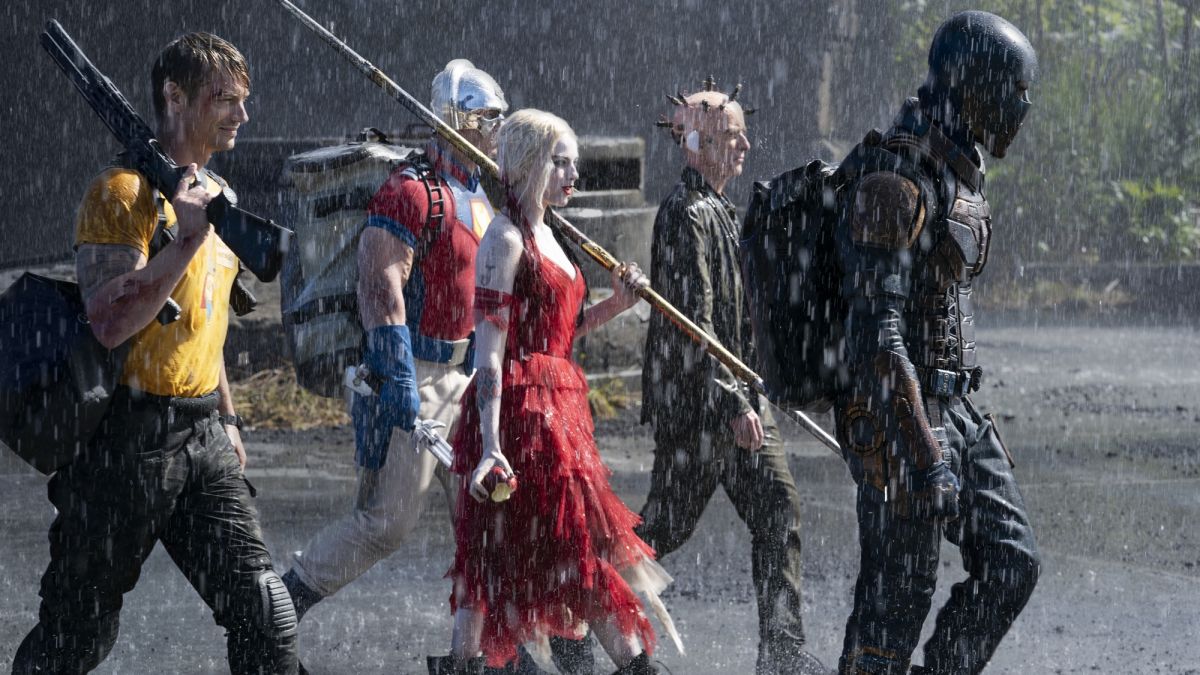 In August, there’s a whole slew of new shows and movies to watch on a range of streaming services. Netflix, HBO Max, Disney Plus and more have a massive amount of must-see content over the next month or so.

Summer movies continue to be dense and fast as studios rush to get as many summer movies that have been delayed due to the pandemic to streaming platforms and theaters as possible. Big blockbusters like The Suicide Squad and Free Guy are coming out this month as well as the highly anticipated horror film Candyman.

Meanwhile, the summer TV season continues with Disney Plus launching the first Marvel animated series, What If ?. Additionally, beloved hits Brooklyn Nine-Nine and The Walking Dead begin their final seasons this month.

There’s plenty to watch this month, so here’s our guide to the best new shows and movies to watch in August on Netflix, HBO Max, Disney Plus and more.

Best new shows and movies to watch in August 2021

Aiming to erase the disappointment of 2016’s Suicide Squad, The Suicide Squad is a new take on the motley group of villains of Guardians of the Galaxy director James Gunn. While most of the old cast have come out – although Margot Robbie returns as Harley Quinn – new faces for the team include Bloodsport (Idris Elba) and Peacemaker (John Cena), plus there’s a humanoid shark voiced by Sylvester Stallone. It all sounds crazy and is coming to HBO Max on August 6.

The first animated series set in the Marvel Cinematic Universe premieres this month and aims to answer the main question. What if some MCU events had played out slightly differently. Like Peggy Carter receiving the Super Soldier Serum in place of Steve Rogers, or if our favorite Marvel heroes became zombies? This anthology series won’t be canon, but should still give fans a unique perspective on the beloved Marvel universe. The voice cast is also hugely impressive with Chris Hemsworth, Paul Rudd, Chadwick Boseman, and Tom Hiddleston reprising all of their MCU roles.

The hugely popular Kissing Booth trilogy ends in August as Elle finds herself torn between her best friend Lee and boyfriend Noah – wasn’t that pretty much the plot of the last two films? Nonetheless, while the franchise has never been a critical darling, it has won a legion of passionate fans who will no doubt have their handkerchiefs ready for the emotional finale of this love story between the two. The Kissing Booth 3 will be released on Netflix on August 11.

Beloved sitcom Brooklyn Nine-Nine begins its swan song this month. The show has always had an outsider spirit and has come close to being canceled a few times, but the door to the police station will close permanently this year. Season 8 will only consist of 10 episodes, but that should be enough time for fans to say goodbye to beloved Team Nine-Nine. Brooklyn Nine-Nine is one of the best sitcoms of the past decade, so if you’ve missed its original airing in the past few years, now’s a great time to catch up on yours before the finale.

After seeing its release date pushed back three times due to the pandemic, Free Guy is finally coming out this month. Choosing to cast exclusively in theaters, which looks like a relic from a previous era at this point, you’ll have to venture beyond your living room to see this one. It might be worth a look as the high-profile comedy sees Ryan Reynolds playing an average man who discovers he’s actually a character in a video game and must save his world from its developer’s shutdown.

With John David Washington, star of last summer’s Tenet and son of movie legend Denzel Washington, Beckett sees an American tourist become the target of a manhunter after a devastating accident. Alicia Vikander will be the co-star, and Netflix will likely be hoping it will be another action thriller that explodes in popularity, just like the Chris Hemsworth Extraction did last April.

Nicole Kidman and writer / producer David E. Kelley are teaming up again after the success of Big Little Lies to adapt another Liane Moriarty novel: Nine Perfect Strangers. The series follows a group of people who attend a wellness retreat where things aren’t quite what they appear to be – it sounds quite intriguing. The cast also includes Luke Evans, Michael Shannon and Melissa McCarthy, and the series will be released on Hulu in mid-August.

All good things come to an end, and to be fair, The Walking Dead has long been a zombie of the old great thriller series it once was. It will end this year with its 11th season. Once the biggest TV show on TV, its popularity has seriously declined in recent years, but it still enjoys a horde of dedicated fans who will no doubt be sad to see this one disappear from our screens. Don’t worry if you’re not ready for the end; there are still several spinoff shows and the Rick Grimes-focused film remains in production. The flagship may finally be coming to an end, but The Walking Dead franchise still has plenty of life.

The Witcher: Nightmare of the Wolf (Netflix, August 23)

Season 2 of The Witcher will premiere in December, but to hold back, Netflix is â€‹â€‹offering the feature film The Witcher: Nightmare of the Wolf. This animated film focuses on Vesemir, Geralt’s mentor and his colleague Witcher. Not much is known about the plot, but the first trailer definitely grabbed our attention. Expect a dark tale filled with hideous monsters, it won’t be for the kids. The Witcher: Nightmare of the Wolf will begin streaming on Netflix on August 23.

This follow-up to the cult classic from 1992 is another film whose release date has been pushed back several times, but Universal eventually settled on August 27. Co-written by Jordan Peele, this reimaging of the Candyman is technically a spiritual sequel to the original although it should still be accessible to newcomers. The trailers look absolutely terrifying, and while it’s not Halloween season yet, this could be the scariest movie you’ll see all year round. It’s only released in theaters, so at least you won’t have to watch this one on its own.