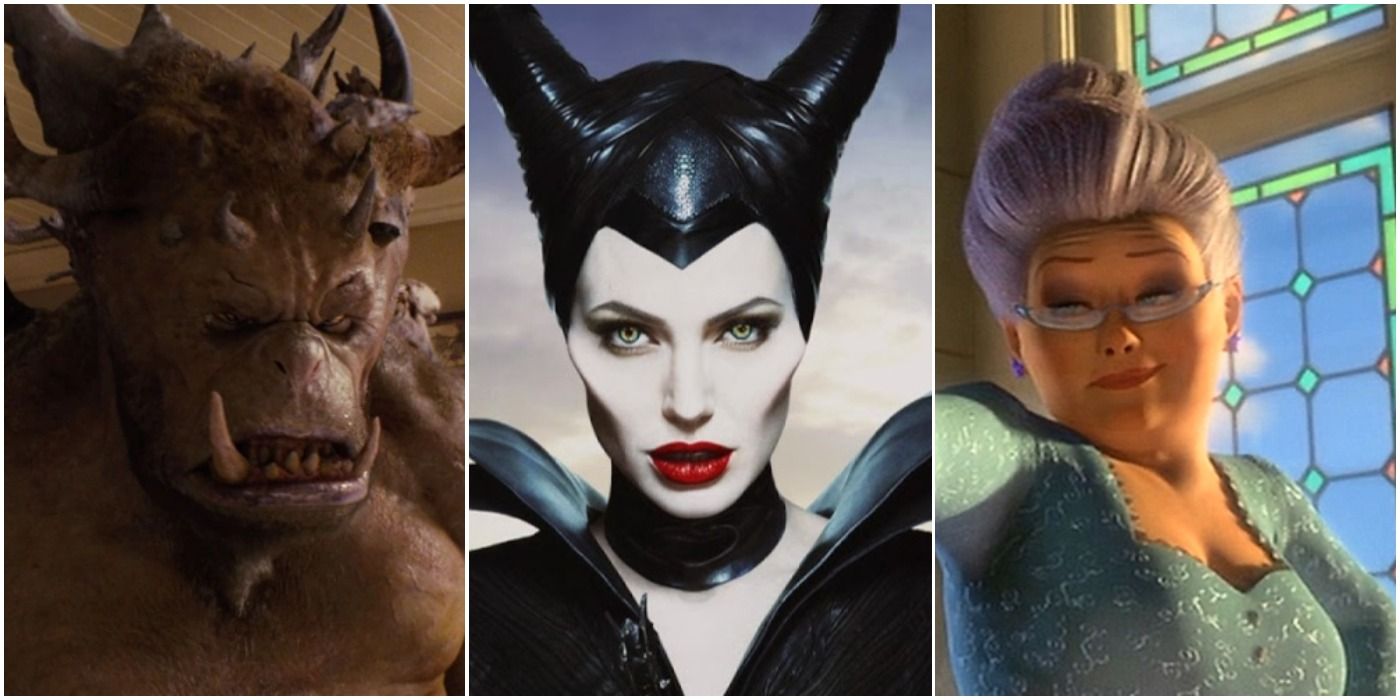 In ancient Celtic and European mythology, fairies – also known as Fae, Fey, or a variety of euphemistic names – are among the most powerful creatures in existence. They cover the whole spectrum of morality and are often hostile to humans. However, very few people would dare to cross them.

In much contemporary fiction, the fairies have been greatly reduced. Often times, these are small, magical creatures that are cunning but not too powerful, and generally serve as minor obstacles or helpers. However, in some fantasy films, the fairies are portrayed with a level of power much closer to what is displayed in their original myths.

Tinker Bell Peter Pan is one of the most iconic fairies in modern fiction. She has long been the face of Disney films and fits the profile of the modern “little magic assistant” fairy. However, she also has quite extensive powers.

Tinkerbell’s innate fairy magic allows her to repair or upgrade any mechanical device near her – hence the name “Tinker Bell”. She also produces the magical pixie dust which gives ordinary people the power to fly. His powers may have a limited range, but they are certainly powerful in that range.

Descending mainly from old European folklore, many Disney films retain fairies as important plot elements. For example, Cinderella is one of the most notable films with the ancestry of fairies. Her well-known fairy godmother blesses Cinderella with a beautiful dress, glass slippers and a carriage made from a pumpkin so that she can attend the ball.

The range of the Fairy Godmother’s abilities is vast. She is able to create objects from nothing and turn objects into almost anything else. Most impressive is his ability to turn rats and lizards into coachmen (apparently turning them into actual humans). However, her powers have one overwhelming limitation: her spells only last until midnight, when they return.

A re-imagination of the Sleeping Beauty story, Maleficent is a tale that humanizes the character. It also clearly shows that she is not a witch. It’s more of a fae. As a resident of the Moors, Maleficent is a powerful fairy who eventually becomes queen.

Her powers include transforming other creatures (even into forms as powerful as dragons; elemental magic (she makes a wall of thorns around an entire realm) and laying curses so powerful that no force upon them. Earth, even herself, cannot nullify them.With versatile powers, a gray morality, and immense magical ability, Maleficent is one of the most powerful fairies seen in the film.

Most Fantastic Creatures from Guillermo Del Toro’s 2006 movie Pan’s Labyrinth are supposed to be fairies, although only a few are explicitly so called. One of the most memorable and spooky creatures in this movie is the Pale Man, the movie’s secondary antagonist.

A child-eating monster, the Pale Man lives in a lavish banquet hall, purposefully designed to attract starving children from Franco’s Spain. If the children touch the food, The Pale Man devours them mercilessly. And although he prefers to target helpless children, other fairies speak of him with fear. Sadly, he’s been shown to make short work of his smaller brethren in a fight.

4 Mulgarath is a skilled shapeshifter (The Spiderwick Chronicles)

In the 2008 film adaptation The Spiderwick Chronicles, Mulgarath is the central antagonist. A vicious but cunning troll linked to the fairy world, he seeks Arthur Spiderwick’s research on his species.

Mulgarath is naturally immensely strong and resilient. However, he complements his power with his cunning intellect and his magical ability to morph. Although he can only transform, his transfiguration prowess allows him to mimic all kinds of creatures almost perfectly. In doing so, he acquires their abilities, including those of human beings. Mulgarath uses this power to his full potential, which makes him a terrifying opponent.

3 The flora, fauna and joyous weather can put an entire nation to sleep (Sleeping Beauty)

While the nature of Maleficent in Disney’s version remains ambiguous, the three good fairies who stand against her are explicitly identified as such. Fitting in the role of “fairy godmother”, they are benevolent fairies who want nothing more than to protect Aurora.

When they fail and Aurora pricks her finger on her sixteenth birthday, Merryweather’s magic manages to counter Maleficent’s powerful curse. However, in the process, this leaves Aurora unconscious. Working together, the three fairies then put the whole kingdom into an enchanted sleep in the same way, only to wake up when Aurora does. It is a real magical tour de force.

Although clearly inspired by the fairy godmother of Cinderella, the character of the same name in Shrek 2 has very different intentions. Serving as the film’s antagonist, she wants Fiona to marry her son, Prince Charming, and conspires to make it happen.

RELATED: 10 Times Shrek 2 Was The Best Animated Sequel Ever

The Fairy Godmother demonstrates a number of powers, including telekinesis, potion-making, and mastery of various other forms of magic. Additionally, she transforms a simple frog into the king of Far Far Away and manages to maintain the enchantment for several years. Other than that, it is politically powerful with a large workforce and a private army. As a result, she is a welcome guest at any royal function.

Set in a fantasy world dominated by all manner of mythical creatures, the film willow details the journey of a group of adventurers who attempt to return a baby “Daikini” to a family of its kind. One of the most powerful is Cherlindrea: the queen of the fairy forest.

Although she only appears briefly in the film, Cherlindrea is shown or stated to have great powers. She rules over all the fairies of the forest, is capable of great foresight and cannot be killed by any weapon except the most dangerous. Of all the fairies shown in cinema, Cherlindrea is one of the classic mythological representations of its genre.

NEXT: Eternals: Every Main Character, Ranked From Weakest To Most Powerful

Isaac Williams is a movie buff, viewer, journalist, blogger, gamer, comic book fan, and role player. He’s been a bartender and waiter, and now he writes lists for CBR. It focuses on TV shows and movies. In his free time, Isaac can play, read, play D&D, browse Birmingham’s long canals and watch movies.