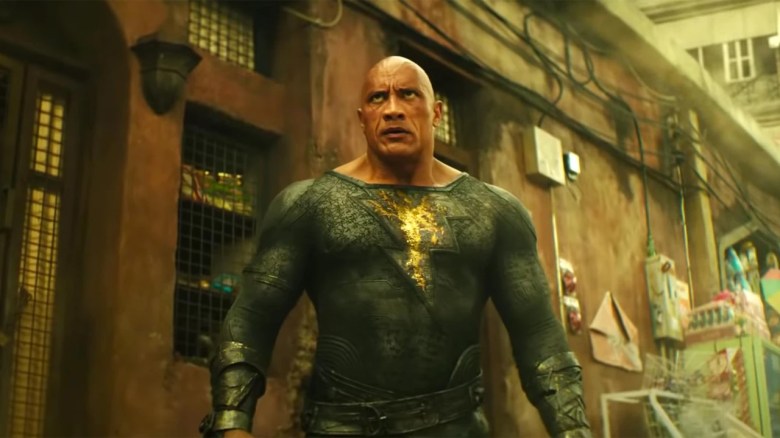 The Rock stars as a complicated anti-hero in “Shazam!” spin-off alongside Pierce Brosnan, Aldis Hodge and Noah Centineo.

With great superpowers comes a great moral debate: to use them, or not to use them?

Warner Bros. Discovery has unveiled the trailer for DC’s “Black Adam” starring Dwayne “The Rock” Johnson as the titular anti-hero and nemesis of Shazam.

“Black Adam” also stars Noah Centineo and Quintessa Swindell, who were both in attendance at CinemaCon in Las Vegas on April 26 for the trailer’s premiere. Aldis Hodge plays the hero Hawkman, the leader of the Justice Society of America, while Pierce Brosnan taps into the morally ambiguous Doctor Fate, a member of the Justice Society with the powers of sorcery.

“Black Adam, what have your powers ever given you?” Brosnan as Fate asks in the trailer, adding that Black Adam can be either a savior or a destroyer depending on what he chooses.

Later, Black Adam (Johnson) thinks: “There is black, there is white and there is a little gray.

The release date for “Black Adam” was previously pushed back to October 21, 2023 along with DC’s other tentpoles “Aquaman 2” and “The Flash.”

Johnson took to Instagram to announce the new premiere date, writing, “The hierarchy of power in DC is about to change.”

Meanwhile, “Shazam!” Fury of the Gods” is the only title from Warner Bros. in the announcement to get an earlier release date, moving from mid-2023 to December 16, 2022. Audiences at CinemaCon also got their first look at the sequel film, which belongs to the same universe as “Black Adam.”

“Shazam! stars Zachary Levi as the adult version of an adopted teenager chosen to protect the universe. For the sequel to the critically acclaimed 2019 film, Lucy Liu and Helen Mirren join the cast. Liu plays Kalypso while Mirren is Hespera.

Mirren, who was on hand for CinemaCon, explained that her character Hespera isn’t quite a villain because she “believes she’s right” in her mission.

“Of course, most villains believe they’re right,” Mirren added. “[But] she is convinced of her righteousness.

Register: Stay up to date with the latest film and TV news! Sign up for our email newsletters here.