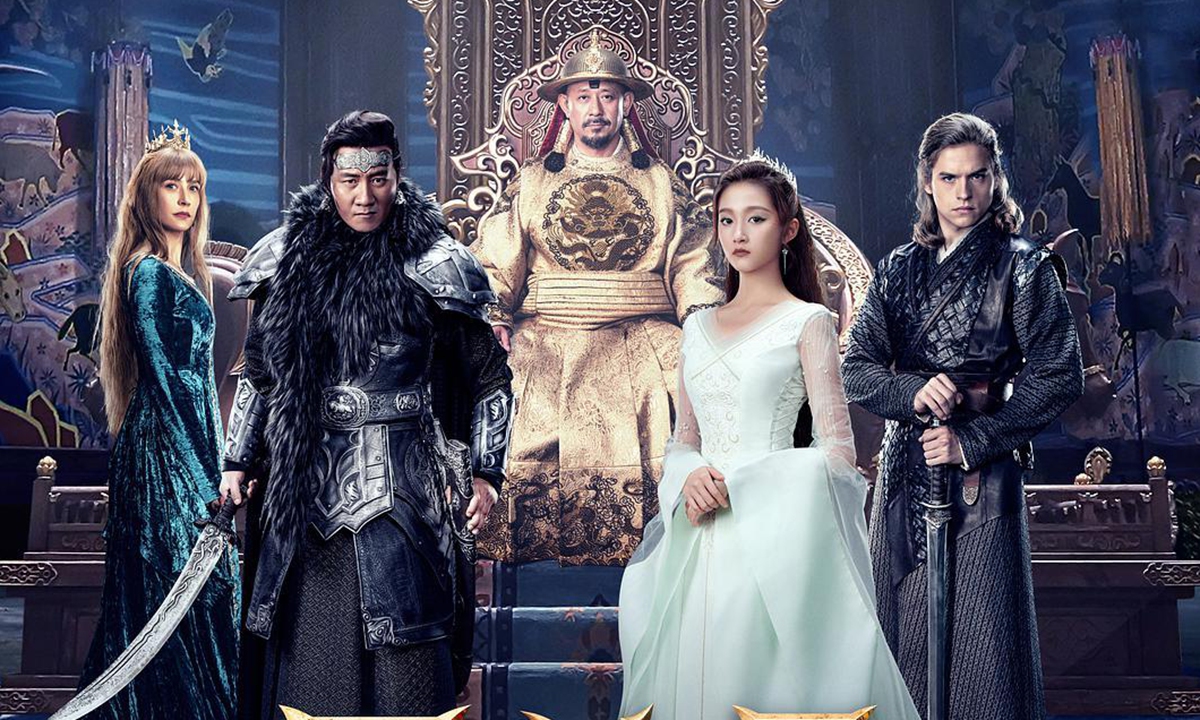 Media reported that the film’s screen share reached 20.7% on the day of its premiere, slightly lower than that of The Battle of Changjin Lake. However, that number quickly dropped to 9.6 percent due to bad word of mouth.

The film only scored 3.2 / 10 on the Chinese media review platform Douban.

Many Chinese moviegoers complained that the actors were only playing their own roles without any spiritual communication.

Although the film is inspired by the famous opera Turandot, it offers an almost new story based on a Chinese novel named Sansezhuo (tricolor bracelet).

Some movie watchers have commented that the biggest problem with the movie is that Zheng is filming it the same way as a TV drama, which led to a chaotic narrative.

Shi Wenxue, a Beijing-based film critic, told the Global Times that the poor performance of Turandot’s curse is mainly because the core of the story didn’t really respect Chinese audiences but tried to “please” moviegoers by using oriental elements.

“The biggest bug in the film is that the story is not a good story or an oriental story. The production team just tried to add a lot of oriental elements to appeal to Chinese audiences without having a real soul, just like Disney’s Mulan, ”he said.

He pointed out that Chinese and foreign co-produced films generally prefer fantasy themes as they tend to be easier to understand for Eastern and Western audiences. However, the story of Turandot’s curse himself is a little too naive and lacks conviction.

outraged Turandot’s curse, some Chinese internet users have also cited the film Love After Love by the famous Hong Kong director Ann Hui, with Ma Sichun and Eddie Peng, as the worst film of the year for its bad adaptation of the story of Eileen Chang Aloeswood Incense: The First Brazier.