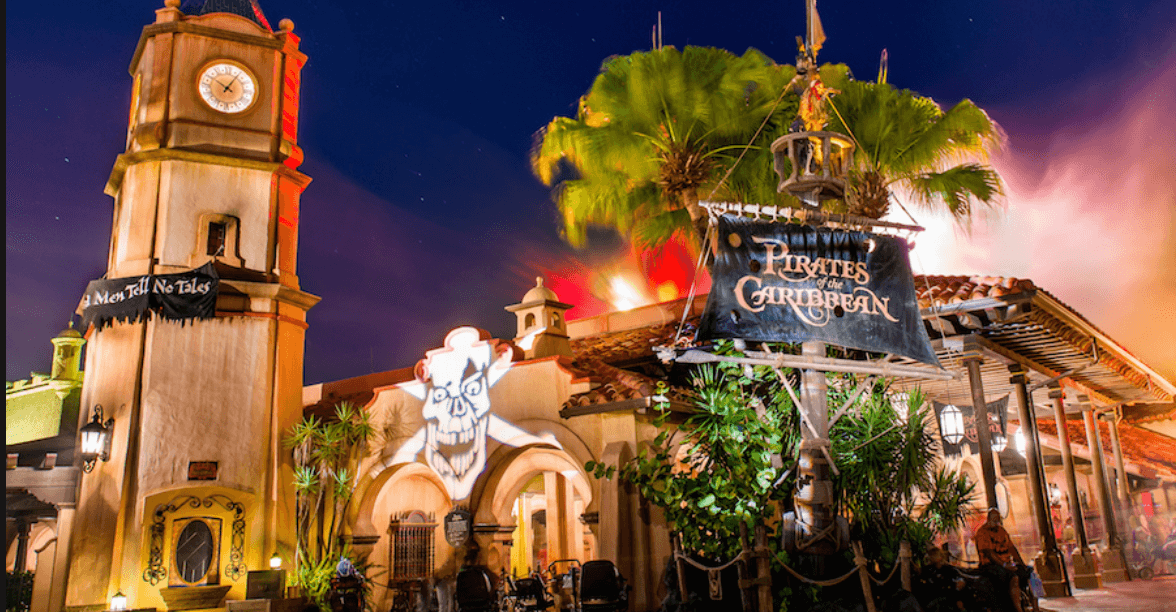 If you like to laugh, Walt Disney World Resort has the ultimate attraction for you.

Although Magic Kingdom is full of incredible attractions, there is one offer that will surely make you laugh harder than any other option available. In Tomorrowland, Monsters Inc. Laugh Floor is a place where guests can come and listen to Mike Wazowski act as MC for the night while other characters who weren’t in Pixar Monsters Inc. (2001) are presented to the public.

The show is filled with hilarious jokes and a ton of audience interaction, which is great because it makes the show very easy to enjoy over and over again because every experience is unique. One of the coolest things about Laugh Floor is that by waiting in line, guests can actually join the show! There are large screens telling guests they can text their jokes to read during the show if they have one. They’re often very corny, but many tend to have a Disney flair, which makes them fun to hear in Magic Kingdom.

A Disney guest texted in her prank, and she was actually selected for the show! Once we read it, however, we could quickly see why. StevenXC not only included another Disney attraction in the mix, Pirates of the Caribbean, but managed to make a math joke out of it. Even Jack Sparrow would laugh at this one!

My joke was selected for the Laugh Floor.

“Pirates of the Caribbean!”

I don’t mean to brag but from WaltDisneyWorld

Related: Disney Set To Make Mechanical Changes To Pirates Of The Caribbean

The post’s comments were filled with guests realizing the hilarity of the math joke, stating, “Only 3.14% of people will get this joke.” Others noted how much they loved this aspect of Laugh Floor, one guest said: “My son was so proud when his was selected. How did the cookie pay its bill? Dropping dough.

Another guest declared all the jokes he used, but it looks like they haven’t been selected yet!

I dropped a few serious dad jokes and never got selected…eg What’s a giraffe’s favorite fruit?…a nectarine or this humdinger…I was addicted to the Hokey Pokey…. but I turned around… And last but not least the least spoken language in the world?… sign language.

Don’t worry, I won’t continue, congratulations on being chosen. Maybe I’ll be so lucky one day

With hundreds of guests in line and lots of jokes submitted, it can be hard to get chosen, but the good thing about this show is that you can keep trying every time you visit Magic Kingdom. and enjoy the attraction! At the moment, the show runs from 10:00 a.m. to 9:00 p.m.

Disney describes the show as follows:

A monstrously funny show
Enter the only laugh factory in Monstropolis and enter a comedy club hosted by ceremonial monster Mike Wazowski. These spooky actors love to engage the audience. Don’t be surprised if you’re part of the show!

Inspired by the Disney and Pixar animated films Monsters, Inc. and Monsters University, this attraction scares away some monsters.

Do you have a good joke?
Text your favorite joke before the lights go out and it could be used on the show! Watch Mike Wazowski’s video while you wait and listen to instructions. Standard text messaging charges apply.

In the Magic Kingdom, there is so much to see and do! Cinderella’s castle is decorated for the 50th anniversary and now Festival of Fantasy and Mickey’s Magical Friendship Faire are back. You can climb the three big mountains: Space Mountain, Splash Mountain and Big Thunder Mountain, or calm things down on Peter Pan’s Flight. Drop the rope in the park to board the Seven Dwarfs Mine Train, then enjoy a mid-day snack of Dole Whip. Be sure to meet Mickey Mouse and enjoy the Disney Enchantment fireworks display!

Are you a Laugh Floor fan? Have you already chosen your joke? Let us know!