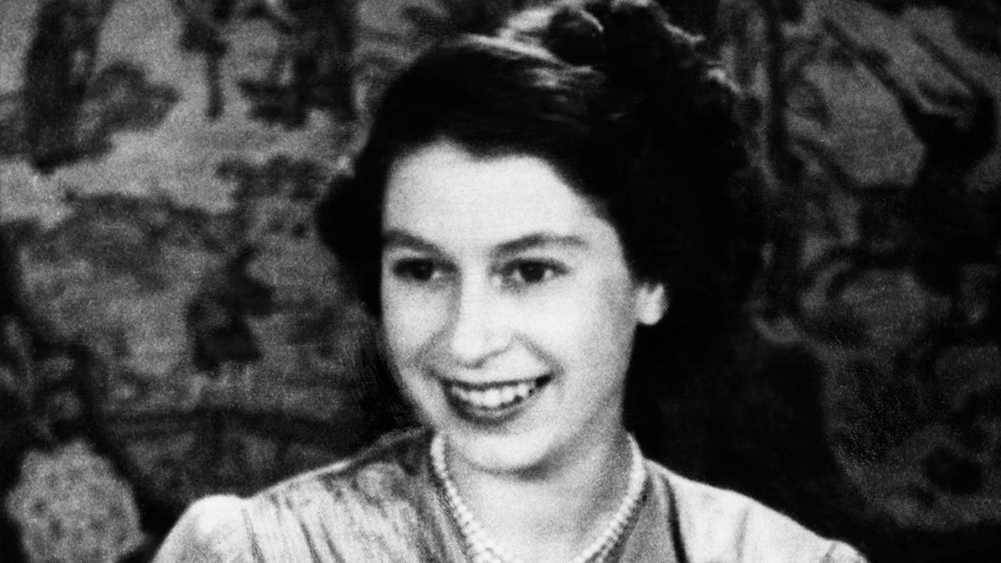 I’ve always been haunted by the clips of young Queen Elizabeth II that were used in “The Filth and the Fury”, Julien Temple’s great documentary about the Sex Pistols. They were featured in a montage of images to accompany ‘God Save the Queen’, the thrilling and vandalistic Sex Pistols single released in 1977 to coincide with the Queen’s Silver Jubilee. At the time, the song caused a singular scandal. When Johnny Rotten made fun of the line “She’s not a human being” he seemed to be trashing something sacred and doing it in an apocalyptic yet profound way. What he meant, of course, is that if the Queen is not a human being, she rules over an inhuman system; she is the monarch of a cruel empire. Yet in “The Filth and the Fury,” released 23 years after the Sex Pistols uprising, Elizabeth looked sweet, radiant, seductive, complex. The film supported the song’s rage and undermined it as well. Even in the face of that barbed wire anthem, it was hard to deny that the Queen of England looked like every square inch of a human being.

It also happens to be the message of “Elizabeth: A Portrait in Part(s)”, a documentary made entirely of archival footage of Queen Elizabeth II, edited together in a collage without impressionism that we might call a “music video”, although at key moments it evokes British director Adam Curtis’ playful, thoughtful stream of consciousness (“The Century of the Self”) and, at times, the amateur movie jumping into the someone’s dream time.

The person, in this case, is an unlikely source: British director and director Roger Michell, who died last September, and who remains best known for directing the sweetly seductive Julia Roberts/Hugh Grant romantic comedy Notting Hill” (1999). Michell left several films behind when he died – ‘The Duke’, his last dramatic feature, was released last week – but ‘Elizabeth’, which played on the festival circuit, is yet to be released . It’s a deliberately idiosyncratic film that feels like an oddly fitting final film, as it equates Michell’s hat tip to the monarchy and what it means. You could have a good debate about what exactly he’s trying to express in ‘Elizabeth’, but what I’ve seen is weighted adoration that isn’t niggling or old-fashioned, as it’s cut from acerbic conscience of the absurdity of royalty in contemporary times. Diving into these quickly edited clips for just under 90 minutes, you step into Elizabeth through Michell’s eyes, and it’s hard not to like what you see.

Elizabeth turned 96 last week, and for decades she’s been every inch the stuffy British matriarch, but young Elizabeth, seen in black-and-white clips of her as a girl, or in her early days monarch (she became queen in 1952, when she was 26), is indeed a dream vision. She had the style that would influence stars like Audrey Hepburn, her sparkling diamond tiara worn just like that, her shoulders giving off their own sheen of elegance. There’s a clip of Paul McCartney confessing that when he was a teenager he and his friends all had crushes on the Queen. We can see why; she had a glow. Yet part of the enchantment of his aura is that of an ordinary person taking on the mystique of royalty. She was do not Audrey Hepburn or Princess Grace. She looked more like the most exuberant graduate student in the world – the queen next door, a flower mouse, with a smile of pure back home charisma.

Be warned: Unlike HBO Max’s superb upcoming documentary “The Princess,” which showcases Princess Diana’s life entirely through archival footage but includes a healthy sprinkling of narrated news clips so we understand the events she experienced and defined, “Elizabeth” has almost no narration. It rarely gives you much context for what you see: where Elizabeth is at any given moment, the story unfolding around her. Elizabeth’s film portrait exists, almost defiantly, on the surface – a montage of her patenting the vertical arm automaton wave, or riding a horse, or smiling and shaking hands (which she does at the end of the movie 66 times, getting a little younger in every clip, until she was a little girl), or parading in hats, or wearing the crown adorned with purple satin that she describes as heavy enough to break your neck. The film is about the ritualized nature of her existence, but also how she brought an individuality to each ritual that turned them into personal expressions of the royal impulse.

Michell, in collaboration with the splendid editor Joanna Crickmay, keeps beating time, inviting us to compare and contrast Elizabeth through the ages. As he ages, his face becomes both more benign and more lordly, a face of power, serene like that of the Buddha, with a hidden sense of purpose. Some of the clips may remind you of the 1992 “Feed” political documentary, as they are cut room footage of what was happening right before or after she went on camera, allowing us to read between official audience lines. record. Very early on, we see her in her fifties, in a pink suit and three rows of pearls, getting ready to do one of her Christmas shows, and what we perceive, besides the fact that she is tough and no frills , is how much she loves and believes in her role, and embraces the fact that he is a role. She’s a woman who plays the queen, and we can’t help but compare her performance to that of the great actresses who played her: Helen Mirren in “The Queen”, who probably got closer to her character ( and Most Like Him), and Olivia Colman in “The Crown,” who caught her straight-faced realpolitik cunning.

Michell, like Adam Curtis, loves his needle drops. A sequence of the Beatles at Buckingham Palace to receive their MBEs in 1965 is cut on ‘Norwegian Wood’, and there’s a cheeky montage of royal residences on Crosby, Stills, Nash & Young’s ‘Our House’ and a meditation on the queen having her portrait painted – and her ambiguous smile – on Nat King Cole’s “Mona Lisa”, and a sequence on the haunting cover of David Bowie’s “Heroes” by Moby with Mindy Jones asking the question: Are we watching a real hero? Or an empowering figurehead who sat astride the sins of empire? The answer could be both, but the perception that underpins every shot in the film is the majestic reality that Elizabeth didn’t choose to be queen. This is the role she was born into, the way each of us was born into the role of our lives. “Elizabeth: A Portrait in Part(s)” shows you how she grew into this role, occupying and defining it with literally every move she made, imbuing it with a quality that may come naturally, but not automatically. We are tempted to call it grace.