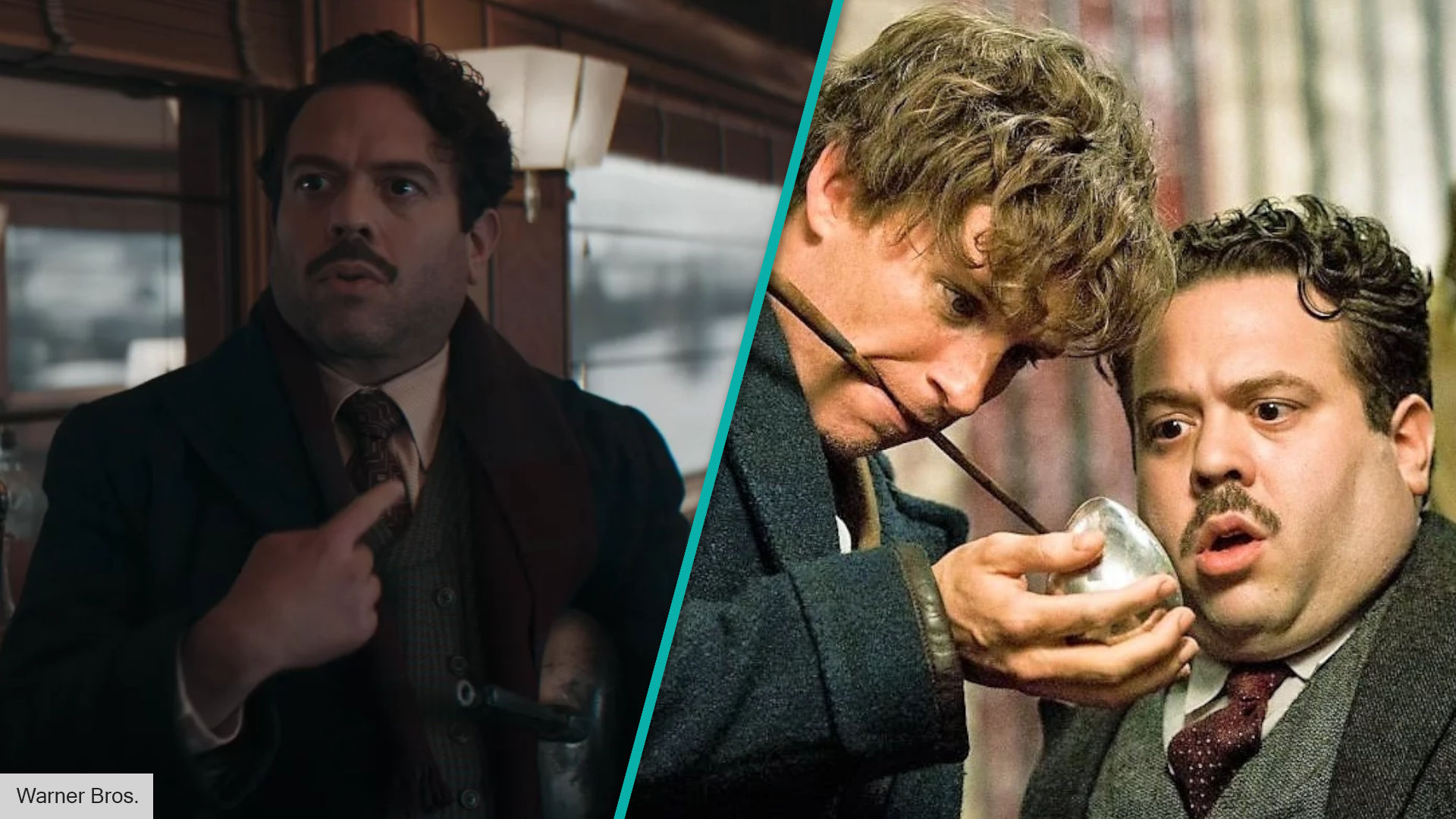 Why does Jacob Kowalski have a wand in Fantastic Beasts 3? If you’ve seen the trailer for the latest chapter in the Harry Potter franchise, you’ll probably have noticed Jacob Kowalski getting a wand. So what’s the problem ? Well, Kowalski is a muggle, and in the wizarding world’s rulebook, muggles can’t do magic!

The fan base wasn’t happy with this decision for Fantastic Beasts 3, and the furor surrounding Jacob Kowalski and his wand was one of the main talking points ahead of the release of the new fantasy film.

But, are fans right to be angry, or is there more to it than meets the eye with this curious case of Jacob Kowalski and the Magic Wand? If you haven’t seen Fantastic Beasts 3 yet, it’s best to stop reading now, because there will be spoilers for the upcoming adventure movie. If you keep reading you’ll find out why Dumbledore gives Kowalski a wand and what the muggle does with it.

Why does Jacob Kowalski have a wand in Fantastic Beasts 3?

So, it turns out there was really no reason for fans to get mad about Jacob Kowalski having a wand. The simple answer is that the wand Dumbledore gives the Muggle is a fake, and Kowalski never performs magic.

Basically, the whole premise of Fantastic Beasts 3 is that Dumbledore, Newt Scamander, and the gang are trying to foil Gellert Grindelwald’s plot to become ruler of the wizarding world. The only problem is that Grindelwald is able to see the future and can see all of their heroic plans before they even happen.

With that in mind, Albus Dumbledore decides the best course of action is to hatch so many different plans that Grindelwald, and even Newt and the team, don’t even know what’s going on. This is where the wand and Jacob Kowalski come in.

By giving Kowalski a wand and allowing him to attend a fancy dinner party where all the most powerful wizards will be, Dumbledore puts the muggle in the spotlight. When Kowalski sees his beloved Queenie, he can’t help but cause a scene and he confronts Grindelwald.

During the hot moment, Kowalski appears to attack Grindelwald with a magic spell. But, in reality, this is all just a decoy, and it is actually Eulalie Hicks who casts the spell. Nevertheless, the wizarding world now has a scapegoat in the form of Kowalski, and they are beginning to support Grindelwald’s tirade against muggles.

So why does Dumbledore want this? Well, that all plays perfectly to get Grindelwald exactly where he wants it – on the world stage, ready to be exposed as the villainous fraud that he is. In the end, while Kowalski does give a wand, it’s all part of Dumbledore’s larger plan, and the muggle was never going to be able to use magic.

Fantastic Beasts 3 is in UK cinemas now and arrives in US cinemas on April 15. For more movie-related content, check out our interview with design studio MinaLima, who have worked on all of the Harry Potter and Fantastic Beasts movies.