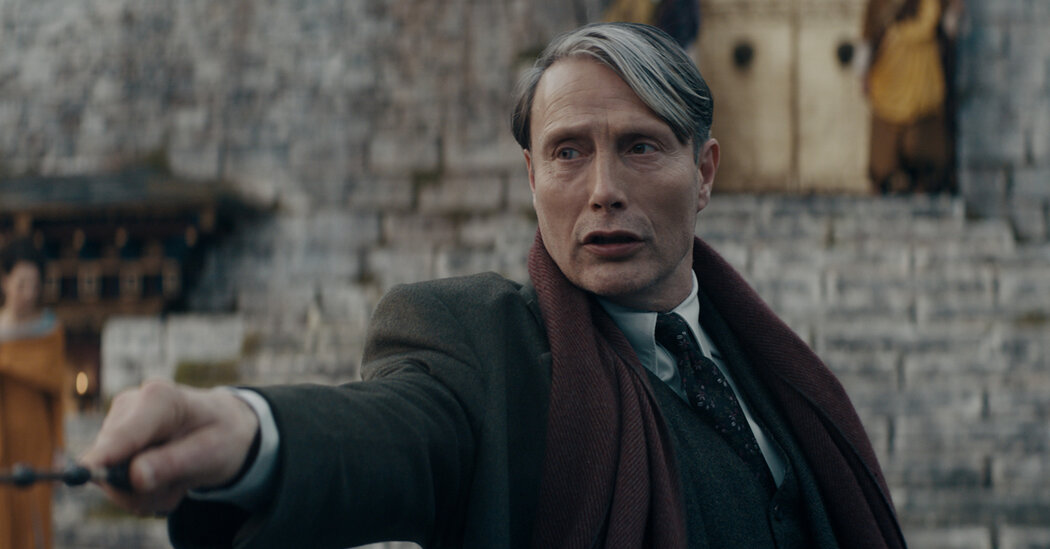 Like so much children’s entertainment these days, “Fantastic Beasts: Dumbledore’s Secrets” is a political introduction sprinkled with magic dust. In this third installment of the “Fantastic Beasts” franchise (itself a prequel series to the original “Harry Potter” stories), the cuddly creatures have mostly been replaced by darker creatures: here, scorpion-like monsters guard a prison where activists are tortured (or worse). Part of the story takes place in 1930s Berlin. The deadly stakes are crystal clear. An alternative subtitle could be “Totalitarianism for Tykes”.

It’s a sharp film from tip to barbed tail. Instead of building the plot around a tedious chase dotted with cute digital monsters – a misstep in the first two “Fantastic Beasts” films – returning director David Yates and screenwriters JK Rowling and Steve Kloves center “ Secrets of Dumbledore” on an election. Grindelwald, the supremacist wizard last seen attempting to incite a world war, hopes to convince the magical world to support his campaign platform to subjugate non-magical humans. (The role was last played by Johnny Depp; Mads Mikkelsen takes over the role here, and Grindelwald’s sons seem more likely when delivered with Mikkelsen’s bloodless chill.) Rowling readers know refer to non-magical people as Muggles. For Grindelwald, they are “animals”, even if he admits that they make a good cup of tea.

The focus is on the tragic entanglements of Albus Dumbledore (Jude Law), who once had a hateful romance with Grindelwald and still wears an old blood oath necklace that strangles him for thinking of mean thoughts about his former love. Besides being pained by his poor taste in men, Dumbledore must make amends with his grumpy brother (Richard Coyle) and tormented nephew (Ezra Miller), a blurry figure so visibly miserable flying around his hands.

With Dumbledore struggling with a family full of grievances, the story has little room for Newt Scamander (Eddie Redmayne), the animal caretaker who tends to the title’s fantastical beasts. Redmayne’s character justifies his existence in the plot by coming into possession of a Qilin (pronounced chillin), a rare fawn-like creature that wields unusual influence in election races – it’s a kind of dowsing wand mammal that has the power to identify purity of heart and ability to be a leader. The series seems to draw attention away from its supposed lead role and love interest from previous films, Tina (Katherine Waterston), who is practically only featured in one scene. “She’s very busy,” says Newt. It feels like a nod to the franchise’s apparent struggle to retain cast. Later, in an act of popcorn movie conjuring, any memory of still another character is erased. Nobody seems to care.

Still, it’s the most absorbing and fast-paced film in the trilogy to date, despite its nearly two-and-a-half-hour runtime – de rigueur for modern shows wanting to convince audiences they’ve got enough to their money. “Secrets of Dumbledore” evokes themes of fragility, thwarted intentions and forgiveness. Even the color scheme emphasizes that this tale exists in shades of gray. It’s strange how recent fantasy films seem to be primarily aimed at adults – it’s hard to imagine kids queuing for a butterbeer at a Harry Potter theme park, enthralled by an explainer of the rise of toxic candidates. (A brief detour to Hogwarts is a surprising reminder that these films relied on actors under 30.) Still, there is one lovely visual that should unite audiences of all ages: a teleportation device made from a swirl of floating book pages. The image reminds us that fiction is not just a history lesson, but a means of escape.