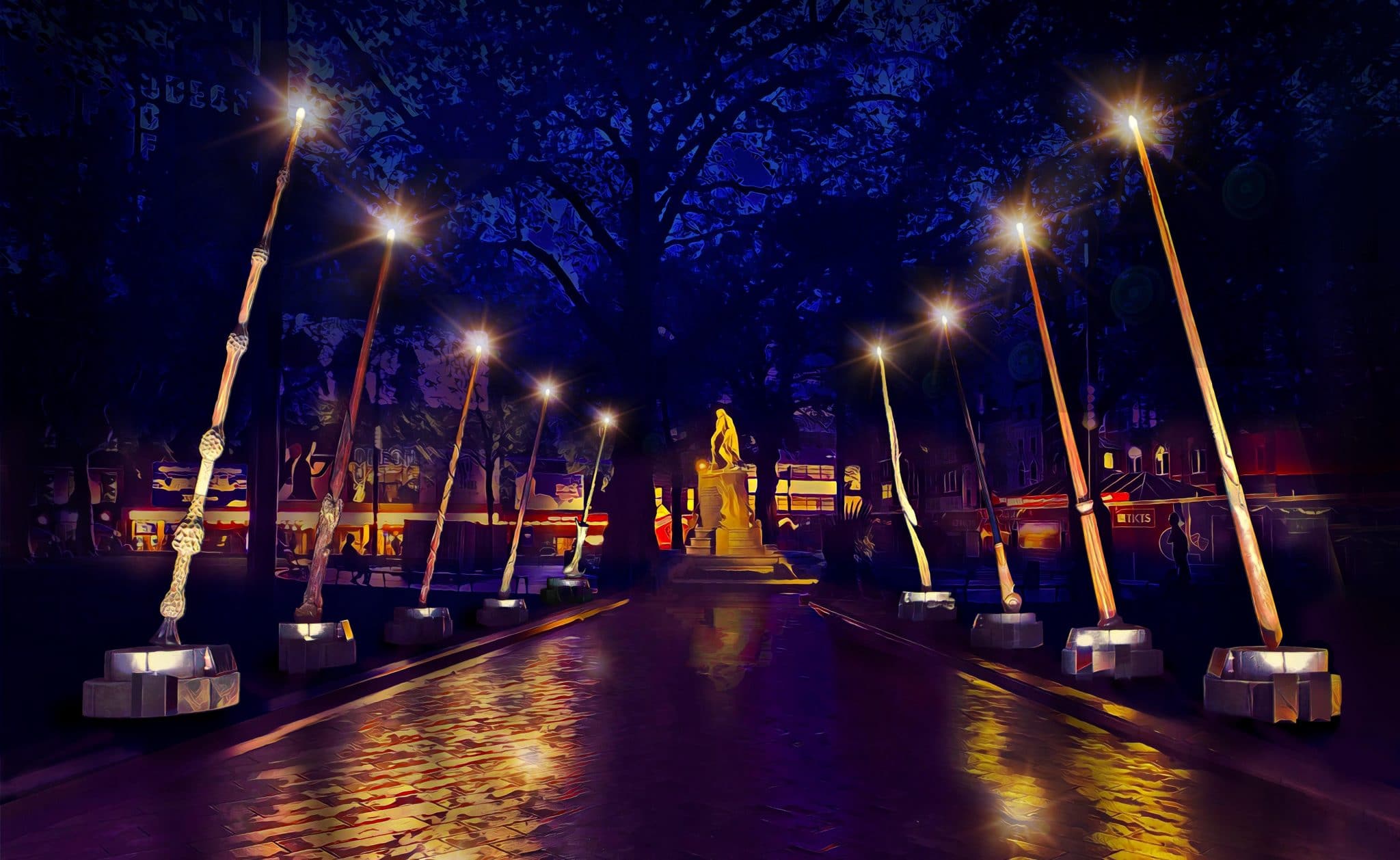 It’s not quite Diagon Alley, but in Leicester Square you may be able to witness the warm glow of witchcraft as wands light up the city.

Here to celebrate the 20th anniversary of the release of Harry Potter and the Philosopher’s Stone in cinemas, nine wands will simultaneously activate “Lumos” to create a radiant gateway. Starting October 13, the trail will glow from 6 p.m. to 8:35 p.m. each evening.

Even Harry Potter himself would have a hard time wielding wands of these proportions; but we will let him go since they are 15 feet tall. Sitting along an 18-meter walkway, each represents a character from the Harry Potter and Fantastic Beasts franchise.

They will also join nine bronze statues – including Harry Potter, of course – that make up the award-winning installation Scenes in the Square. Plus, they’re part of the all-new Inside Out Festival, produced by Westminster City Council and partners to bring free outdoor art, entertainment and culture to the streets of Westminster.

Polly Cochrane, Country Manager UK & Ireland at Warner Bros. said: “We are delighted to unveil the Wizarding World Wands in Leicester Square in London to celebrate the 20th anniversary of Harry Potter and the Philosopher’s Stone released in UK cinemas and I look forward to the release next year of Fantastic Beasts: The Secrets of Dumbledore.“

Leicester Square itself has played its part in the legacy of Wizarding World by hosting premieres for the Harry Potter and Fantastic Beasts films over two decades, so we’re delighted to bring the wands here for fans to enjoy. . “

Following the screening, the UK will continue its Potterversary celebrations, launching special screenings of the first film in theaters across the country. In addition, October 25 will not not mark the end of the giant chopsticks. Before the April 8 release of Fantastic Beasts: Secrets of Dumbledore in theaters, the wands will hit four other UK cities, as voted by the public: Hull, Stoke, Reading and Birmingham. Each city will enjoy baguettes for a week starting in March.

Find the illuminated promenade from October 13 to 25 in Leicester Square.