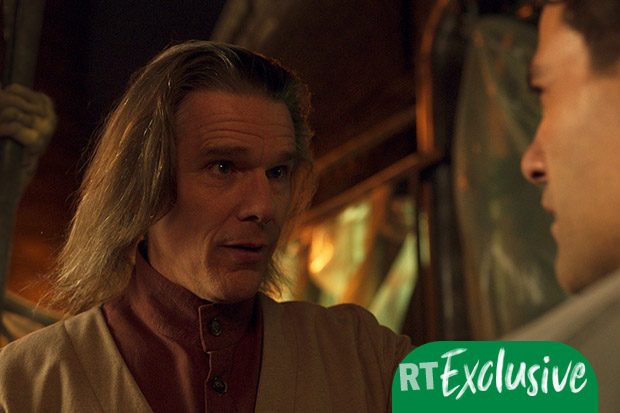 Ethan Hawke has opened up about his past apprehension about working with Marvel Studios, as highly anticipated superhero drama Moon Knight prepares to drop on Disney Plus.

The Training Day actor’s casting came as a surprise to some fans, who noted comments he made in 2015 suggesting Marvel movies were “business” rather than art and grappling with a “huge amount of sales” (via MTV’s Happy Sad Confused).

In a new interview with RadioTimes.com, Hawke explained what he meant by those comments and explained why he finally agreed to Moon Knight’s high-profile gig.

“I think a lot of people don’t understand that when you’re apprehensive as an actor about being in Marvel movies, it’s not that you don’t like Marvel movies,” he said. he began.

“It’s that they’re so successful and you’re going to be famous for it one way or another – and the expectations are going to be so high that you want to be proud of it.”

With a few notable exceptions, Hawke has largely stayed away from blockbusters during his career to date, being best known to moviegoers for his independent collaborations with director Richard Linklater (including the Before and Childhood trilogy).

“There is nothing [that] makes actors crazier than being famous for something you’re not proud of and that doesn’t feel personal to you,” he added.

“So we both wanted to make sure it was something that we could fit into your program and that we could talk about and be proud of and support.”

This won’t be Hawke’s last role in a comic book project, as he’s also set to provide the voice of Bruce Wayne, aka Batman, in an upcoming animated series called Batwheels (coming soon to Cartoon Network and HBO Max).

Moon Knight will premiere on Disney Plus on Wednesday, March 30, 2022. Check out more of our Sci-Fi coverage or visit our TV guide to see what’s on tonight.

The latest issue of Radio Times is on sale now – subscribe now to get every issue delivered to your door. For more on TV’s biggest stars,listen to the Radio Times podcast with Jane Garvey.