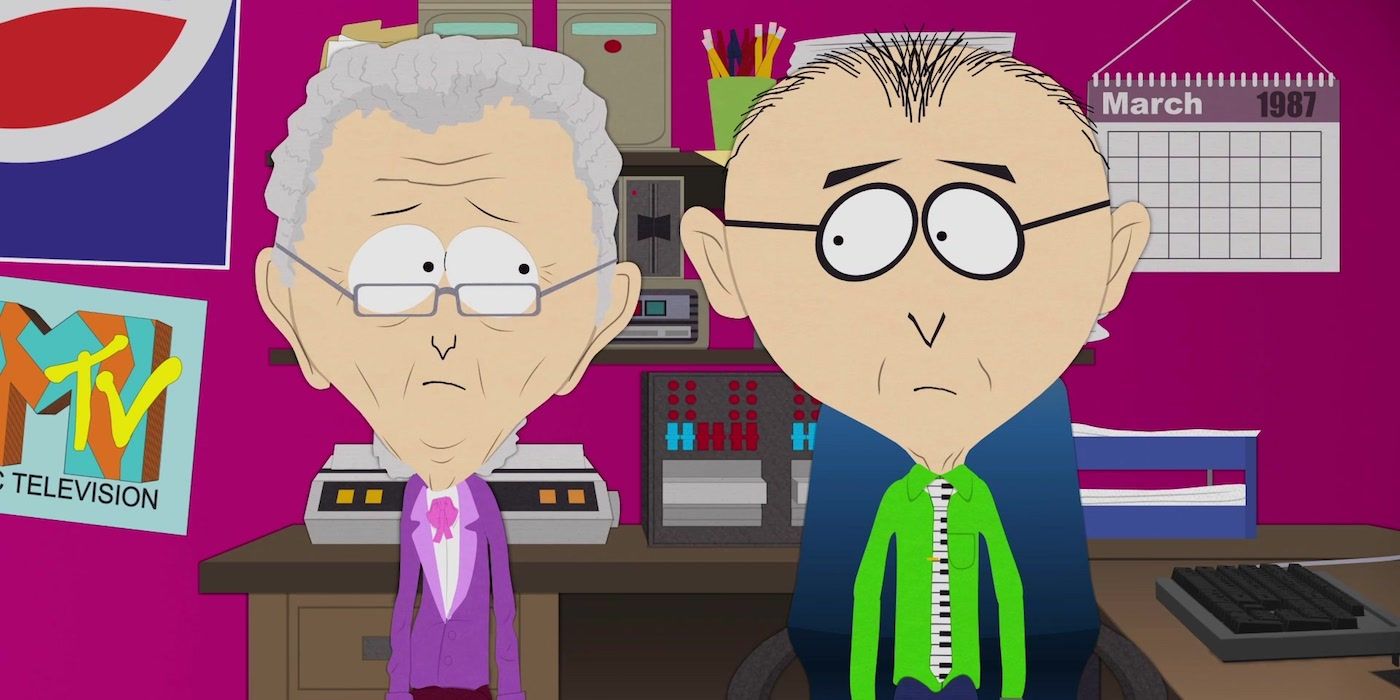 Mr. Mackey has always been one of South Park most intriguing characters. He is best known for saying “m’kay” at the end of most of his sentences as a guidance counselor at South Park Elementary, while serving on city council as chief public health officer. These roles created many clashes with the children and their parents over various issues, with Mackey playing the role of peacemaker most of the time.

However, season 25 took a dark turn for his character by throwing him into a midlife crisis – one that could have wiped out America. Luckily, Mackey was saved in large part by the one figure in his life he can always rely on: his mother, Mrs. Mackey.

She was briefly seen in Season 6 worried about Mackey when a wave of kidnappings hit the snowy Colorado town. She finally returned in Season 25 after returning home to deal with some personal issues. Mackey had already been stressed by things such as his students not coping well with the pandemic, people like Stan showing an unconscious bias towards Token, the possible upcoming race war with Stan’s father having a rival for Tegridy Farms and censorship of school books. Add to that the way the kids rebelled against the cancellation of Pajama Day and Cartman’s real estate scheme, sparking more gun violence, and Mackey has been in trouble up to his neck recently.

Now he is petrified and paranoid about the real problem of Vladimir Putin threatening NATO and invading Ukraine. Mackey believed that Russia was going to nuke America, so he began investigating possible spies such as PC Principal and Davey, a Russian child in the dressage competition. His paranoia led Mackey to go home to his bedroom, which had posters of the 80s and other landmarks from that era.

He logged into his computer, ran BASIC, and started pushing NORAD to strike Russia, clearly traumatized from being thrust into the Cold War when he was younger. Luckily, his mother visited his room and dragged him out, making it clear that he had to let go of nostalgia. She discerned that helplessness was playing with his mind, forcing him to want to relive the time when he was a young, manly whippet who wanted to fight the enemy.

Ms Mackey explained that while Mackey had every right to be scared, that did not mean Russia would attack. She encouraged that he didn’t need to climb anything out of fear or insecurity; he just had to trust common sense that would prevail. After all, she could relate, because she too was afraid because the wars of old had cost so many lives. As a result, she offered a shoulder to lean on, allowing her son to become logical and calm again.

This kept him from antagonizing NORAD even further, which prevented them from launching nuclear weapons first. And so, while Mrs. Mackey ended the midlife crisis, she also avoided World War III and became an unsung hero.

Every Imperial Inquisitor in the Obi-Wan Kenobi Trailer

I am a former chemical engineer. It was boring so I decided to write about things I love. On the geek side of things, I write about comics, cartoons, video games, TV, movies, and basically anything nerdy. I also write about music in terms of punk, indie, hardcore and emo because well, it’s rock! If you’re bored now, then you also don’t want to hear that I write for ESPN on the PR side. And yes, I wrote sports for them too! Not bad for someone from the Caribbean, huh? To top it off, I’ve written short films and documentaries, conceptualizing stories and scenarios from a human interest and social justice perspective. Business-wise, I make big cheddar (not really) as a copywriter and digital strategist working with some of the biggest brands in the Latin American region. In closing, let me remind you that the geek will inherit the Earth. Oh, FYI, I would love to write the Gargoyles movie for Disney. YOLO. That said, I’m on Twitter @RenaldoMatadeen. Well done.