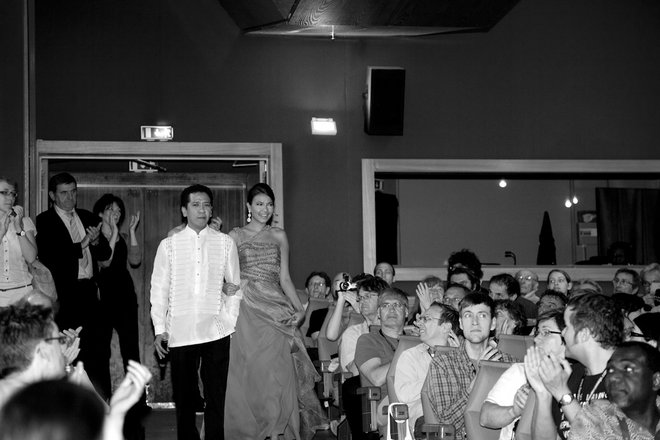 The truth he says is deep but accessible – from the depths of clear blue seas and mystical lakes, to the richness of the green of the forest and the mysterious and magical life of the Palawan tribe.

Easily understood by the banana tail vendor as well as discerning Cannes and Sundance moviegoers, his films transcend cultural boundaries: highlight the age-old pre-colonial consciousness deeply rooted in the soul.

No Hollywood cliché affects the rhythm and flow of his films.

He himself wonders, where he draws these riches from, from what well they spring.

Auraeus Solito who took the name Kanakan-Balintagos does not come down to the written story of our conquerors “we were colonized by words, violated by modernity” which emphasizes the “pain and shame” of a minimized culture.

Rather, he magically captures the dreams and stories told and told by his mother, his people since time immemorial.

“We have rediscovered the writing of our people, our own theater of heaven, chants that lasted all night and healing rituals of our shaman leaders,” he said in his speech at the last Berlinale.

He is the bearer of the culture that transcends “the written history that tried to erase our presence. The cinema materializes this presence through imagery, through music. Cinema responds with images, healing; so that we can dream again. “

Through cinema, he heals and empowers, to discover who we really are – people who can “part the rain and swim with golden turtles in the moonlight.” “

There is no accident. The three bizarre misadventures have magically brought him back to Palawan where suddenly all the elements of the enchantment snap back into place.

There is synchronicity (like an invisible script written perhaps by his ancestors?). In Tarabanan (Cuyonon dialect word for gathering place), an hour from Puerto Princess, he magically discovers a sanctuary, where salty and fresh waters meet in a comfortable embrace and tiny fish leap in graceful arches. .

Nature speaks to him. The wind whispers stories. He dreams again after a hiatus of several years. He conjures magic: brings together the waves of beauty – emotions and images.

“Magic,” he said, “transcends all truths and creates something deep and unspeakable. It is the aesthetic combination as a spell that creates an absolute work of art – a universe of its own.

The spell has been cast, the enchantment is upon us.

Kanakan Balintagos, formerly known as Auraeus Solito, is an internationally renowned Palawano-Filipino filmmaker and playwright. He comes from a lineage of Shaman-Kings of the Palawán tribe in southern Palawan. 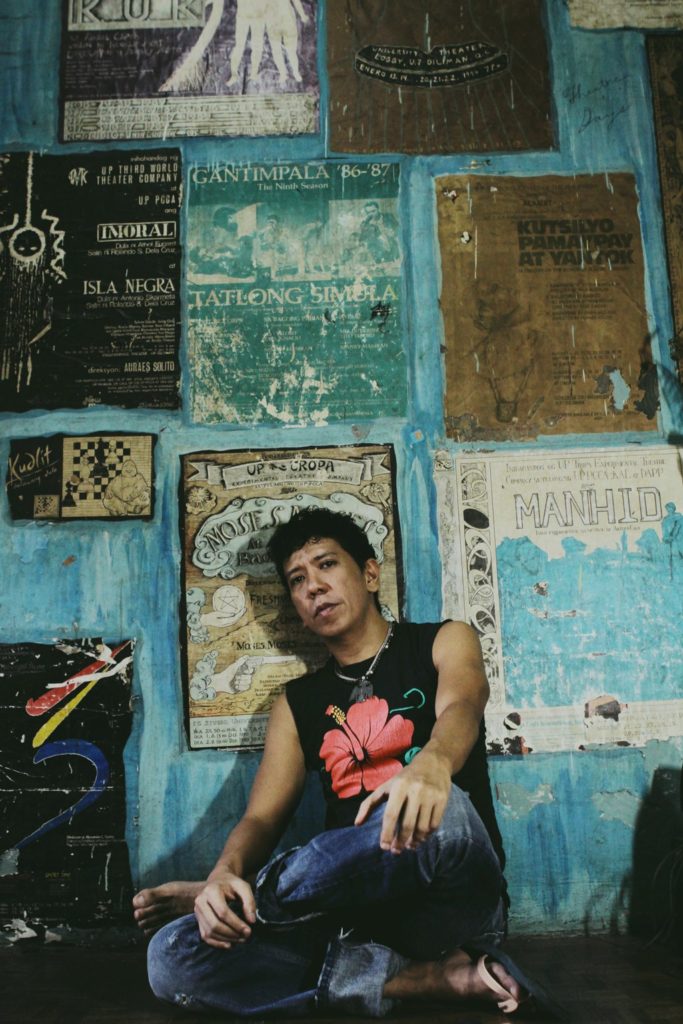 One of the Philippines’ leading independent filmmakers, he was recently cast in Take 100, The Future of Film, which features an emerging generation of the world’s most talented filmmakers. This book, published by Phaidon Press, New York, is a survey of 100 outstanding emerging directors from around the world who have been selected by 10 directors of internationally renowned film festivals. 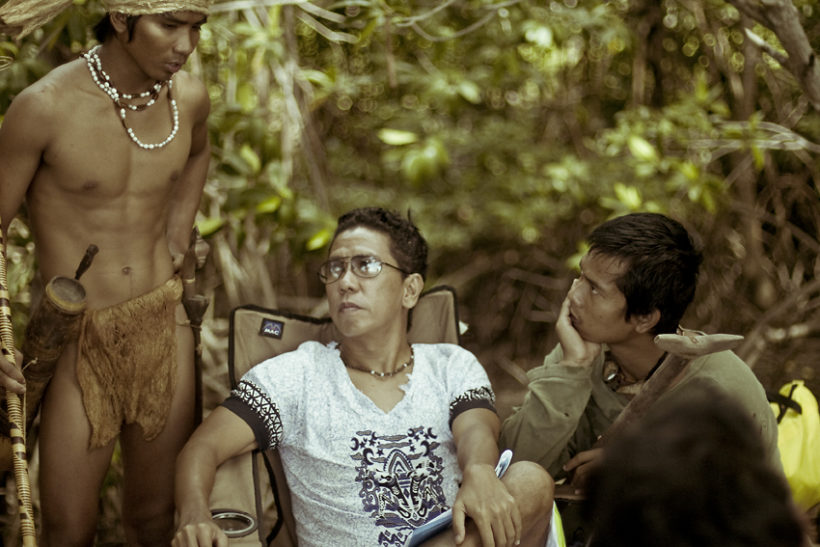 His first feature film Ang Pagdadalaga ni Maximo Oliveros (The Blossoming of Maximo Oliveros) won 15 international prizes including 3 prizes at the Berlinale (The Teddy Award, International Jury Prize at Kinderfest and Special Mention from the Kinderfest Children’s Jury). It is also the first Filipino film nominated for Best Foreign Film at the Independents’ Spirit Awards in the United States and has been screened at over 50 film festivals around the world.

Tuli (Circumcision), his second feature film won the award for best film and best director in digital competition at the CineManila Film Festival 2005; won the NETPAC Jury Prize at the Berlinale, the International Forum for New Cinema and Best International Feature at the Los Angeles Outfest.

Solito is the first Filipino to attend the world’s first independent film festival, the Sundance Film Festival in Park City, Utah, USA, two years in a row (featuring The Blossoming of Maximo Oliveros and Tuli). His films have been screened at major festivals around the world, including Berlin, Sundance, Montreal, Pusan, Toronto and Rotterdam.

Solito completed a screenplay development program at the Binger Film Lab in Amsterdam.

His film Busong (Palawan Fate) was selected for the prestigious Directors’ Fortnight in Cannes in 2011, and he received the award for best director, best sound design and best original music at Cinemalaya 2011. His film Busong was awarded also screened at the National Geographic 2012 All Roads Film Festival in Washington, DC, where it received the Grand Prize, the Merata Mita “Best of Stories” award.

In 2013, he adopted his tribal spirit Kanakan Balintagos name after his uncle, who is a shaman in Palawan, dreamed of him. He said in an interview: “In his dream he saw me in the middle of a sandbar holding a camera that turned into a blowpipe. I have become a Kanakan… a hunter. Suddenly large waves appeared on both sides of the sandbar, but I was left unharmed, unharmed. “ 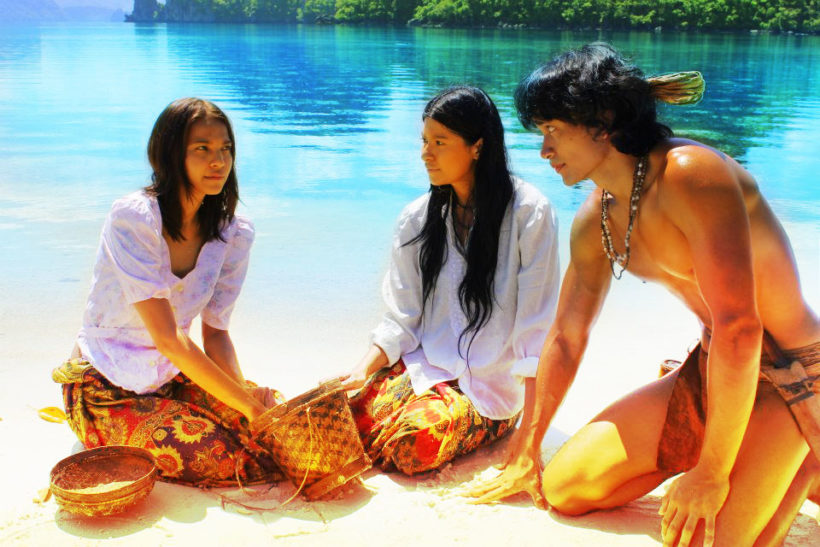 In 2014, his film Esprit de Corps, based on the play he wrote at the age of seventeen, won three awards at the Cinema One Originals Film Festival, including Best Director.

In 2015, he received the 1st prize of the prestigious Palanca Awards, Philippine division, Dulang Ganap Ang Haba (integral piece in Filipino), for his literary work “Mga Buhay na Apoy” and in 2016 won the Gawad Buhay (Philippine ‘Stage Awards) for best original screenplay for the same play.

Mother Agnès Prieto is a writer, grief therapist and founder of Healing Circles Recovery and Rejoys.