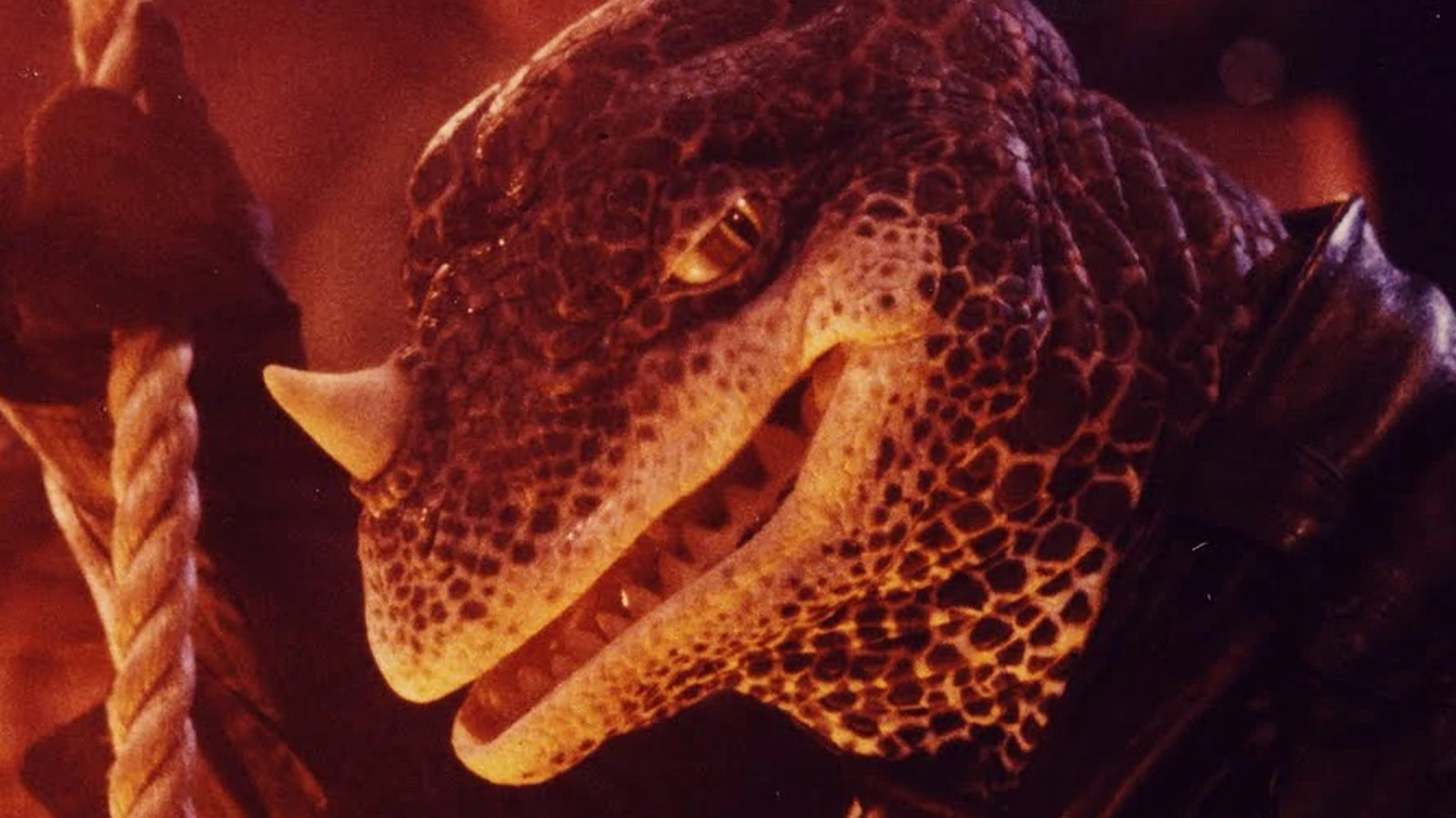 In the distant future of “Dinosaur from the Deep” – the year 2004 – the death penalty was banned. So the answer to punishing a notorious criminal is to send him back to the past, while capital punishment remains an option! To save money, the portly, bald villain carpools with a scientific research team (led by French COO Jean Rollin) into the prehistoric past, which turns completely awry. He fled into the Jurassic landscape, forcing scientists to track him down while being hunted down by various dinosaurs.

It sounds pretty good, or at least bad fun, but this is where you would be wrong, my friends. 1993’s “Dinosaur from the Deep” is one of many amateur films made by French magazine publisher and comic / video store owner Norbert Moutier, whose understanding of the most rudimentary film techniques can be described as non-existent. Think about the most crappy backyard movie you’ve ever seen (or made) – Moutier’s directorial abilities are up to par, if not worse. Scenes go on indefinitely, change from day to night in a single edit, and are often blurry or frame objects in the least appealing way.

Moutier’s mix of rubber toys, rough and jerky clay models, and hand puppets inspire drooping jaws not only for their ineptitude, but also for the time they spend on screen. Surprisingly, “Dinosaur from the Deep” isn’t Moutier’s only film: he’s also directed slasher movies (“Mad Mutilator”) and action titles (“Operation Las Vegas”), many of which are available. online for your enjoyment (?).