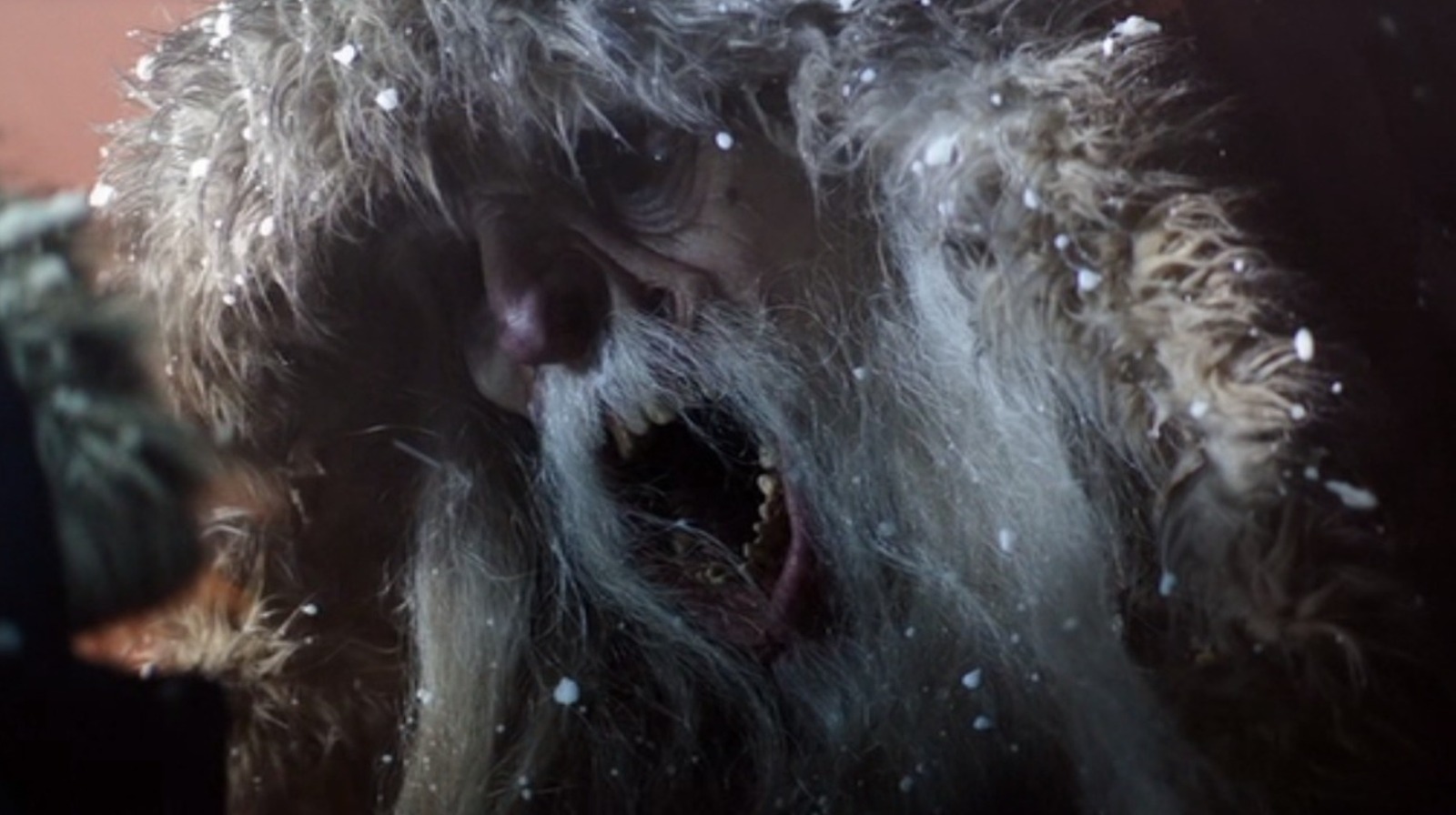 Krampus is a mysterious creature, clearly of infernal origin. But one wonders why this demon is linked to Christmas, in particular. Why doesn’t he punish, say, those who lose their minds from Arbor Day?

In the film, he is portrayed as a twisted mirror image of Santa Claus. He wears the same red coat trimmed with fur and carries a bag full of gifts which are secret devices meant to torment the unsuspecting. Instead of joy and gifts, he just takes. Why would Santa Claus, in all his magical splendor, take good care of a demon that would go on a rampage, staining his legacy by sowing horrors on the individuals on the wicked list?

Omi comes up with a simple idea, which could explain the very nature of the beast. In this world, she says, Krampus is the shadow of Saint Nick – the dark side of Santa’s room. While he may be a separate entity from Santa, he can also be intrinsically linked to the merry Christmas mascot, going on a rampage like his darker half.

Much is still unknown about Dougherty’s version of the Krampus demon. Hopefully, Legendary Pictures will give the green light for a sequel in the near future, so audiences can learn even more about this enigmatic character who’ll make you want to hide under your tree.