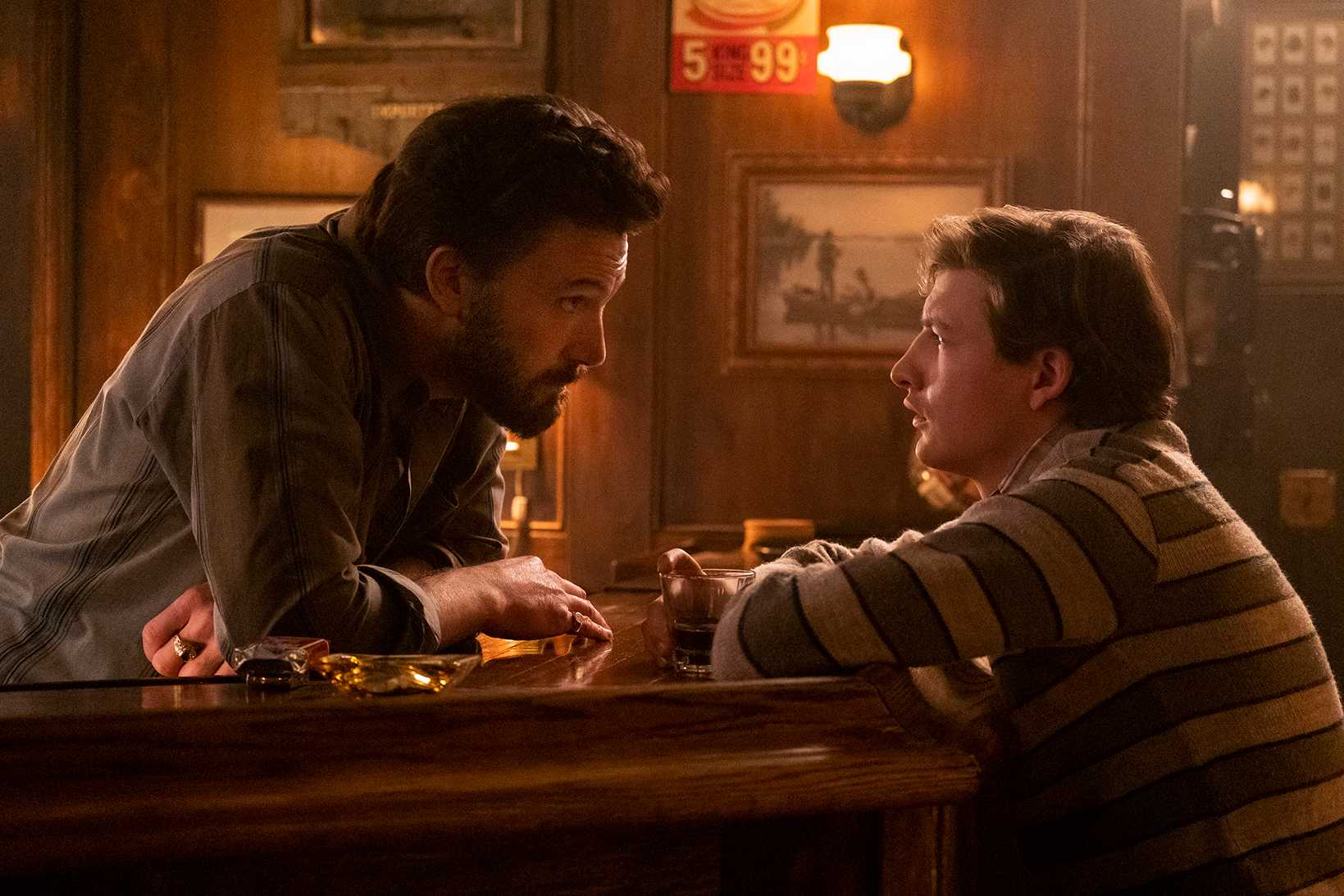 In his eighth film as director, George Clooney attempts to bounce back from last year’s The Midnight Sky with this adaptation of JR Moehringer’s coming-of-age memoir about a fatherless child whose wise and hardworking uncle inspires her to read and become an award-winning Pulitzer Writer. Like many actors-turned-directors, Clooney has always directed other actors well, so expect great performances from Daniel Ranieri and Tye Sheridan (who play JR at various stages), Ben Affleck (who plays the charismatic Uncle Charlie). ) and Lily Rabe as JR’s mom. January 7

In the dead of winter, there’s nothing like getting comfortable on a sofa and watching a movie set in a freezing climate. The hour-long documentary, part of PBS’s Nova series, follows scientists on a research expedition to the Arctic as they encounter polar bears, cracks in the ice and brutal cold. Their findings on climate change – wait until you find out what the title refers to – could make your blood run cold. January 7

Carter, the eight-time all-star and slam dunk champion, is the only athlete in NBA history to have played 22 seasons. Justin C. Polk’s documentary chronicles the ups and downs in the life and career of the former Toronto Raptor. Featuring interviews with Carter as well as big names in basketball like Charles Barkley and Julius Erving, the film is sure to score points with fans as the season heats up. January 13

It was only a matter of time before the Hotel Transylvania franchise toyed with the idea of ​​mismatched bodies. Now it has happened. After the failure of Van Helsing’s (voiced by Jim Gaffigan) invention called “Monsterification Ray”, Drac (Brian Hull) and his monster friends become humans, while Johnny (Andy Samberg) becomes a monster. Jennifer Kluska, a graduate of Sheridan College, who began her career as a screenwriter on HT 2 and 3, is directing her first feature film. January 14th

Recent television has offered many interesting and authentic portrayals of people on the autism spectrum (see Love On The Spectrum, Atypical, On The Spectrum). Now comes a new eight-part drama series about three roommates in their twenties who are all part of the spectrum. What’s refreshing is that the actors who play the lead roles – Rick Glassman, Albert Rutecki, and Sue Ann Pien – all identify as part of the spectrum. The cast is completed by Sosie Bacon, Chris Pang and Joe Mantegna, and the showrunner is Jason Katims, whose impressive CV includes Friday Night Lights, Roswell and Parenthood. January the 21st

Iranian director Asghar Farhadi has won two Oscars for foreign language films – for A Separation in 2011 and The Seller in 2016. His latest – which won the Grand Prix at Cannes 2021 – concerns a man (Amir Jadidi) in prison due to an unpaid debt trying to convince his creditor to withdraw his claim. Expect plenty of exploration of thorny philosophical questions about guilt, innocence, honor, and kindness. January the 21st

The legend of Vox Machina

The legend of Vox Machina (season 1)

Here’s an adult animated series that looks perfect for watching the winter frenzy. The title refers to a group of hardened misfits and alcohol drinkers who, in a quest to pay their bills, become heroes in order to save their planet from the dark forces. The show’s old-fashioned animation, D&D roots, and Kickstarter funding mean this could be the next cult sensation. 28 january

The full list of upcoming TV shows and movies on Amazon Prime Video Canada in January 2022:

Encounters of the Third Kind

the land of zombies

The legend of Vox Machina

Glenn started writing for the theater section of NOW in 1997. He currently works and contributes to the film and stage sections. He sees around 280 stage shows and 150 films a year. His mother once described his work as “Seeing the Lion King”