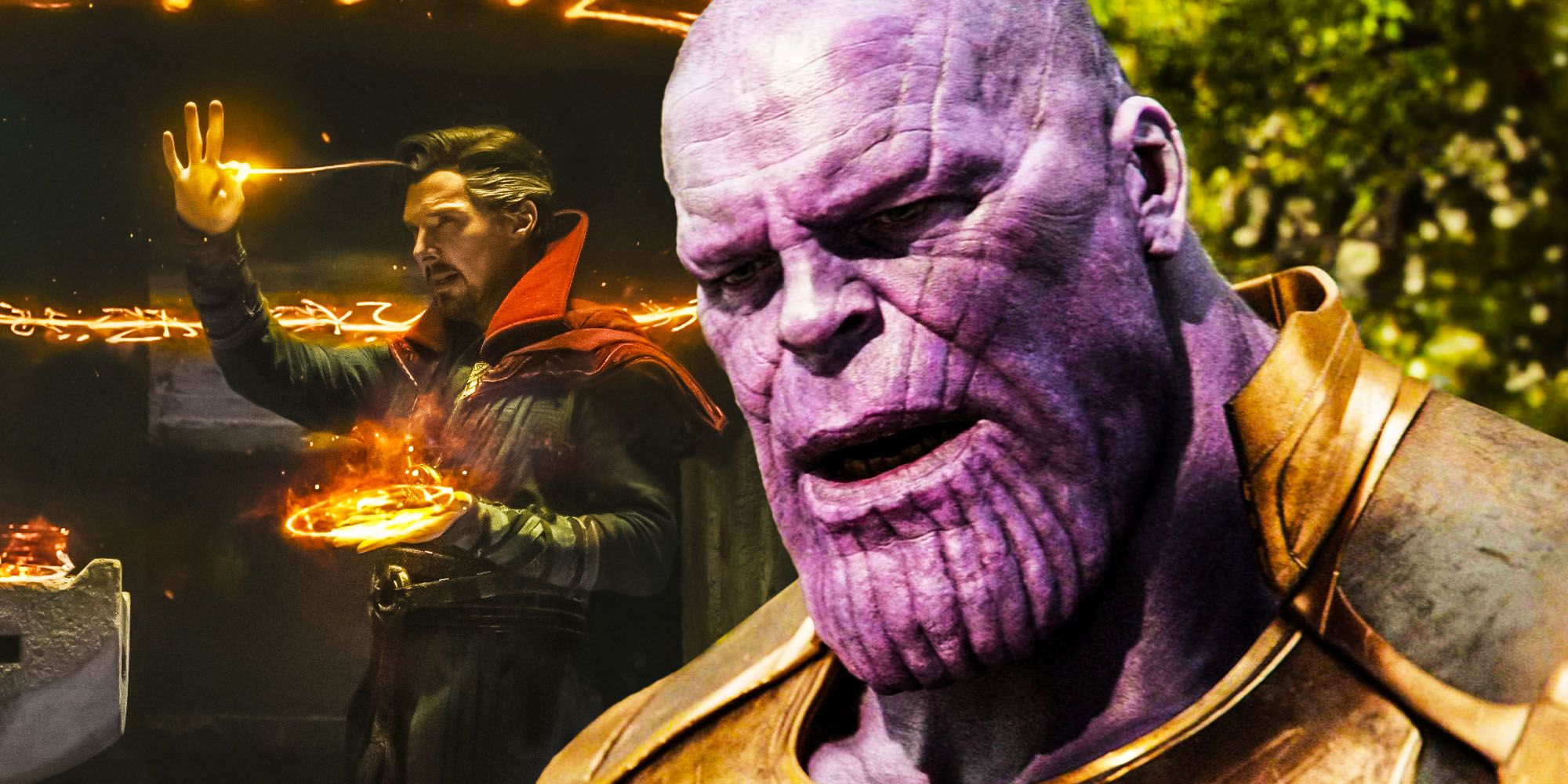 Doctor Strange could have used Spider-Man: No Way Home’s memory spell to make Thanos forget his evil goal in Avengers: Infinity War, but he didn’t – why?

Warning! Spoilers ahead for Spider-Man: No Path Home.

Doctor Strange (Benedict Cumberbatch) used two powerful memory spells in Spider-Man: No Path Home but used neither in Avengers: Infinity War on Thanos (Josh Brolin) – why? The MCU’s First Wizard got involved in Peter Parker’s (Tom Holland) latest adventure after the crawler asked him for help. The young hero wanted people to forget he was Spider-Man, asking Doctor Strange to reverse Mysterio’s (Jake Gyllenhaal) malicious reveal at the end of Spider-Man: Far From Home. But while Doctor Strange was eager to help, things didn’t turn out the way they planned the first time he stepped in.

Since the upcoming MCU Sorcerer Supreme no longer has the Time Stone, he had to find another way to make Peter’s wish come true. Feeling guilty and sorry for Spider-Man’s predicament, Doctor Strange was forced to cast a dangerous spell despite Wong’s (Benedict Wong) warning. The enchantment was corrupted due to Peter’s repeated meddling as he wanted to change his terms while Doctor Strange was executing him. But while the spell didn’t initially work, it could have, leaving a lot of people wondering where its use could have come in handy, like when the Avengers fought Thanos.

With Marvel Studios establishing that Doctor Strange is capable of casting the aforementioned memory spell, some MCU followers recently pointed out that using it on the Mad Titan could have easily defeated the villain. All the wizard had to do was make Thanos forget about his misguided goal of killing half the universe for the sake of balance in Avengers: Infinity War. That way the snap could have been avoided, while Iron Man (Robert Downey Jr.) and Black Widow (Scarlett Johansson) didn’t have to sacrifice their lives to make sure the Mad Titan no longer constitutes a threat in the universe. . Seems like an easy way to fix the problem, so why didn’t Doctor Strange do it? Based on what is known about the MCU so far, this appears to be a legitimate conspiracy hole. If Doctor Strange was willing to cast the said spell to help Peter despite his risks in Spider-Man: No Path Home, surely, he would be ready to make the bet to ensure the defeat of Thanos in Avengers: Infinity War. After all, he knew that the fate of the universe depended on it. That being said, there are also ways for Marvel Studios to retroactively resolve this plot hole. One potential option is to reveal that Doctor Strange was unaware of the spell for Avengers: Infinity War again.

Certainly, it was not so long ago that the Infinity Saga when the events of Spider-Man: No Path Home took place, but it’s possible that the wizard worked twice as hard to learn more about the mystical arts in a bid to become the wizard supreme – a title currently held by Wong. Doctor Strange knows he’s destined for the role, but being snapped up for five years paved the way for Wong to take on the role. Marvel Studios may revert to the idea that Thanos had to win first for the Avengers to eventually defeat him as well. Since only Doctor Strange knew this in Avengers: Infinity War, he may have chosen not to cast the memory spell and let things take their natural course.

Finally, Marvel Studios can just leave that request and put it on a storytelling slip. If so, maybe fans can just accept it as one of the MCU’s finer details that don’t quite match up. In any case, both Avengers: Infinity War and Spider-Man: No Path Home worked separately as big movies in the franchise, and that’s more important to the sustainability of the universe than being obsessed with its micro-continuity.

More: No Way Home: Why Doctor Strange’s Astral Spell Is So Weak Against Spider-Man

An accidental and perpetually curious movie buff, Ana rekindled her love for writing several years ago and married it to all things pop culture. The result is a passionate young writer who could ramble (and of course, a pen) on movies and series for hours a day. She has a weakness for The Lion King, old songs and interior design; is currently obsessed with old sitcoms (The Golden Girls!); and won’t dare to watch horror movies although she (ironically) dies to see one. Although a little late to the party and a true Force unbeliever, she now finds the Star Wars franchise quite fascinating (fun fact: it was a crazy Jar Jar Binks / Sith theory that lured it off). ‘attracted).